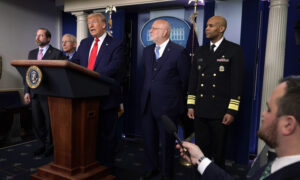 COVID-19 Death Toll Will Be 'Much Lower' Than Projected, Top Officials Say
0 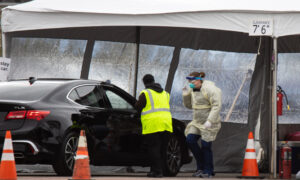 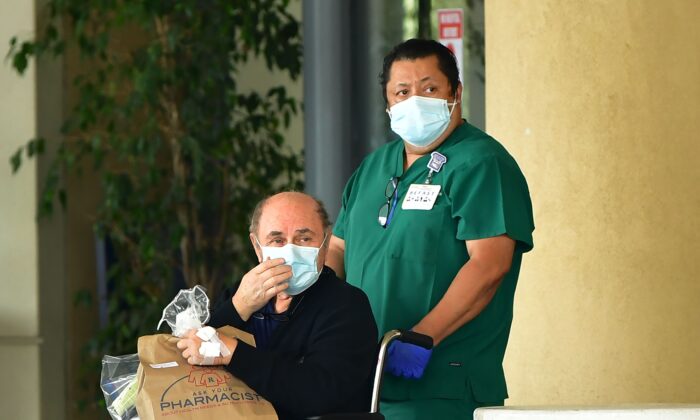 A medical worker wearing a mask pushes a man in a wheelchair in Burbank, California on April 7, 2020, during the CCP virus outbreak. (Frederic J. Brown/AFP via Getty Images)
AMERICA

Projected US Deaths From COVID-19 Drop 33,000 in Model Over Two Updates

A major model frequently cited by policymakers ordering lockdowns and other measures in a bid to curb COVID-19 is now projecting 60,415 deaths in the United States from the new disease, a drop of over 33,000 in just two updates.

Modelers at the University of Washington’s Institute for Health Metrics and Evaluation (IHME) published the updated model on April 8, two days day after they made a significant revision.

The peak of daily deaths in the United States is now predicted to take place on April 12, a move from April 16, with peak hospitalizations occurring on April 11. The total predicted deaths dropped in total from 93,531 to 60,415.

Modelers also continued moving down the projected needed hospital resources. Only 94,249 hospital beds will be needed on the peak date, along with 19,438 intensive care unit beds and 16,524 ventilators, they predict.

IHME has received criticism for repeatedly overestimating a number of projections, including the predicted hospitalizations.

Modelers in a note appended to the latest update attributed the downgraded projections to “massive fluctuations” in the number of COVID-19 deaths reported each day by some states in America.

“We view this as an important refinement that helps to strengthen model stability and buffer predictions from data fluctuations less related to observed epidemic patterns and more driven by variable data collection or reporting practices.”