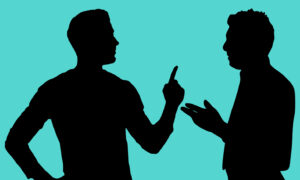 One Side Fights, the Other Doesn’t
0
Share Now
TelegramFacebookTweetEmailTellMeWeReddit
Copy Link 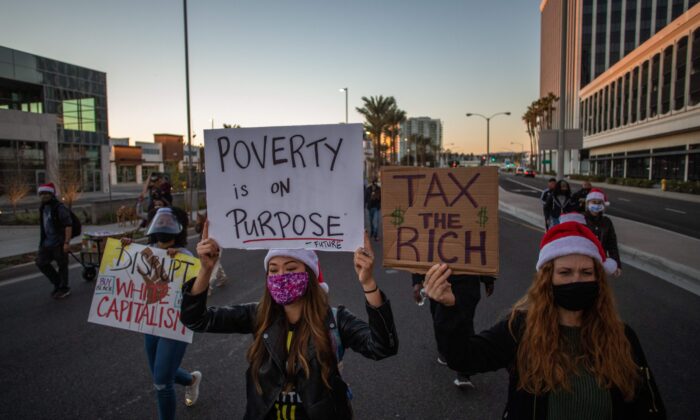 Progressivism in a Youth’s Eyes

Do elite liberals or progressives have anything good to say about America? Do they find anything in the nation deserving of celebration?

Not much, judging from what we typically hear in the left-leaning media and in the schools and universities. The prevailing concerns in recent years are all negative. Climate change, racism past and present, COVID, misinformation, #MeToo, Trump, police brutality, gun violence—they add up to a very dark vision in the left-wing mind. Donald Trump’s positive message, “Make America Great Again,” could only strike those worriers as blather and denial, bigoted and culpable—that was obvious. The entire Trump presidency showed them only indisputable proof that something was terribly wrong with our country.

For the moment, let’s not argue against that liberal/left fear and dismay. I don’t want to summon evidence and put it away, or to cite fatuous college presidents saying at one moment that their campuses are guilty-guilty of systemic racism, only to announce one day later that their campuses are the greatest places in the world for students of all kinds. Instead, let’s take a different tack and pose another question, a generational one: How does this dim interpretation of the country strike young Americans? How do adolescents just beginning to interact in a circuit wider than home and friends absorb this conception of America—and of the world at large—as a dispiriting and fearsome place?

Those questions don’t naturally occur to liberals and progressives, and not only because so many of them don’t have children. They can’t address those questions, because if they did they would have to reconsider the merits of casting the past (and the present, too, however many improvements have been made) as inferior and unjust. If the present is reasonably good and productive, progressive reforms aren’t necessary. They can’t worry about how youths will apprehend their negativity—they have a world to fix.

The problem is that adolescents have a different relation to the world than adults do. The latter live within it, and have been there for a long time. The former are just coming into it and learning how it works and what it means. They’re a little insecure; they don’t know how the world is going to treat them. Naturally, they want the world to be generous and predictable. When I went off to college for freshman year in 1977, I was a little lost and uncertain, and I knew that I didn’t have the strength to fight back if the environment mistreated me.

There’s no way for rising adults to take the dystopia of the progressive’s America as an inspiration except by becoming fledgling progressives themselves, social justice warriors eager to defend the victims and assail the villains. But most youths don’t want that kind of life at age 20. The inspired leftists I’ve encountered over the years have passion, yes, but not very much joy. They don’t like jokes, they don’t entertain ideas contrary to their own, and they can’t relax. The diversions of their peers appear to them as guilty pleasures. The comforts of middle-class life can’t hide the systemic shame they’ve identified (racism, sexism, homophobia, etc.). As I said, most of their fellows have other concerns—sports, sex, music, grades. They don’t have the energy or disposition for protest. Their professors impart to them a legacy of American guilt, but the students just tune them out and go about their young adult business.

But in a quite different sense, the social-justice minority has a great advantage over the normal-youth majority. Both groups have been handed a negative habitat, a shame-ridden inheritance. The minority takes a stand against it, decrying Western Civilization, patriarchy, transphobia, American imperialism, and the rest. The majority takes no stand at all, neither one way nor the other. They simply ignore it. They’re happier than their leftist peers, but which ones lead a more meaningful existence? To which group does the universe present a moral significance? The normal American youth finds the negative past of, say, the 1619 Project something best ignored, while the same gives shape and purpose to the young leftist’s life. The racism of America may be a downer, but it has a goal and a direction for those who absorb it: a racism-free future.

This is a source of strength. I remember watching a video from November 2015 taken in the Dartmouth College library and showing Black Lives Matter protesters marching through the stacks, chanting and berating the kids studying in the carrels, which demonstrated all too well the unequal energies of the two sides. The marchers were fired up, aggressive and in-your-face, violating the rules of the library and daring anyone to challenge them. The students hitting the books, studying for finals, had no such force. They sat in silence, most kept their heads down, a few drew out their phones to film. The intimidation was complete.

It happened not only because the protesters were mostly black and the studiers mostly white and Asian. The protesters had something else: a worldview that empowered them, that roused them to righteous indignation. The studiers had no such thing, only their coursework and test-anxiety (I presume). Progressivist history has inspired the few to voice frustration and wrath, and it has led the many to voice … nothing. It is unlikely that this is a deliberate scheme in the minds of intellectuals who long ago concocted this myth of American guilt and Western shame, but the result certainly wouldn’t disappoint them. The suppression of dissent, the elimination of anyone who’d like to defend America, would have pleased them all the way.

But a wrinkle remains: Where does the indignation go? What comes next after the protest? That’s what one wishes to ask the progressives. Would they be gratified by the other feelings the protesters suffer—not the indignation, but the inferiority, the rage, the envy, the disappointment? For the protesters don’t appear satisfied by the silence and deference of the rest. Winning doesn’t seem to be enough. They aren’t happy, and they’re never going to be happy. Here’s why: They don’t have a positive vision of reality. They push against the –isms, but they’re also consumed by them, fixated on the injustice and exploitation and discrimination they perceive all around them. They’re in a tragic condition. The very outlook they have embraced as the truth and the good condemns them to eternal bitterness.