Prime Age Mortality up 40 Percent; Majority of Deaths Not From COVID-19 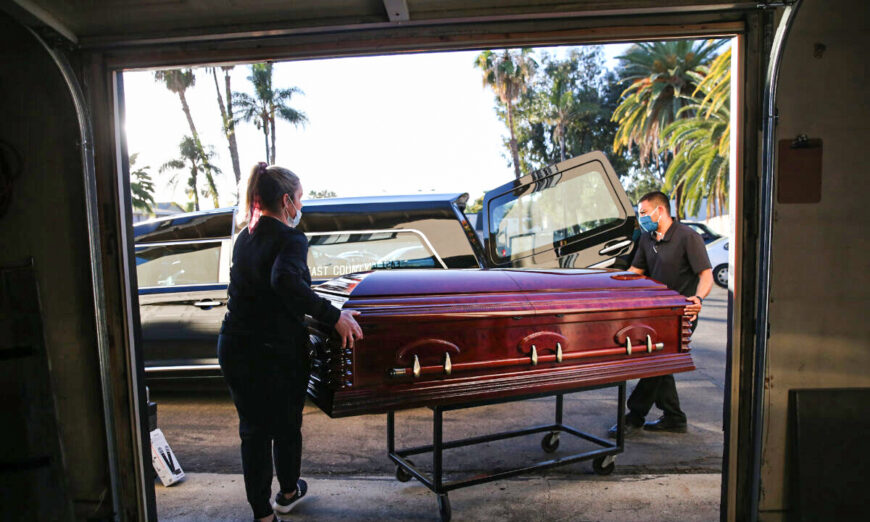 Workers load the casket into a hearse at East County Mortuary in El Cajon, Calif., on Jan. 15, 2021. (Mario Tama/Getty Images)

Mortality among young-to-middle-age Americans went through the roof last year. The majority of the increase didn’t involve COVID-19, according to official death certificate data.

Deaths among people aged 18 to 49 increased more than 40 percent in the 12 months ending October 2021 compared to the same period in 2018–2019, before the pandemic, based on death certificate data from the Centers for Disease Control and Prevention (CDC).

That’s more than 90,000 additional deaths in this age group, of which less than 43 percent involved COVID.

The federal agency doesn’t yet have full 2021 numbers, as death certificate data usually trickle in with an eight-week lag or more.

The mortality increase was most notable for the 30–39 age group, where deaths skyrocketed by nearly 45 percent, with only a third involving COVID.

CDC data on the exact causes of those excess deaths aren’t yet available for 2021, aside from those involving COVID, pneumonia, and influenza. There were close to 6,000 excess pneumonia deaths that didn’t involve COVID-19 in the 18–49 age group in the 12 months ending October 2021. Influenza was only involved in 50 deaths in this age group, down from 550 in the same period pre-pandemic. The flu death count didn’t exclude those that also involved COVID or pneumonia, the CDC noted.

Mortality also increased for older age groups. For those ages 50 to 84, it went up more than 27 percent, making for a total of more than 470,000 excess deaths. Almost four out of five of the excess deaths reportedly involved COVID.

For those 85 or older, mortality increased about 12 percent with more than 100,000 excess deaths. Given the more than 130,000 COVID-related deaths in this group, the data indicates that these people were less likely to die of a non-COVID-related cause from November 2020 to October 2021 than during the same months of 2018–2019.

Correction: A previous version of this article incorrectly attributed the excess pneumonia deaths to the 30-39 age group. They were reported in the 18-49 age group. The Epoch Times regrets the error.