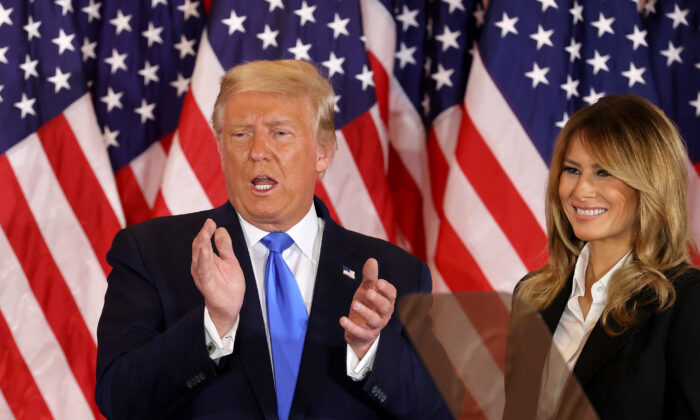 President Donald Trump won the state of North Carolina in the 2020 election, according to a new projection.

Decision Desk on Tuesday projected that Trump has won the state and its 15 electoral votes.

The organization also projected Sen. Thom Tillis (R-N.C.) has beaten Democrat challenger Cal Cunningham, which would give Republicans 49 seats in the 100-member body with three races left uncalled or in runoffs.

Requests for comment sent to the campaigns of Trump and Biden weren’t immediately returned.

Few votes have been counted in North Carolina in recent days.

Karen Brinson Bell, executive director of the North Carolina Board of Elections, said the reason the vote count is taking so long is because county boards scheduled meetings to count the remaining votes before the election.

“It is safe to say that North Carolina’s numbers are not going to move until November 13th,” she told reporters last week, noting that most county board meetings were scheduled for Nov. 12 or Nov. 13.

An additional seven boards met on Monday to consider at least 3,200 additional ballots.

A board spokesman didn’t respond when asked how many of those 7,500-plus ballots were added to the unofficial count, and how those that were added split in terms of going to Trump or Biden.

Trump won North Carolina in 2016 over Democrat Hillary Clinton by about 173,000 votes.

Biden declared victory on Saturday as a number of news organizations called the race for him, but Trump’s campaign is engaged in multiple legal battles and The Epoch Times is not calling the race until they all play out.