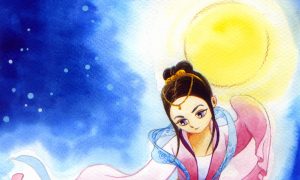 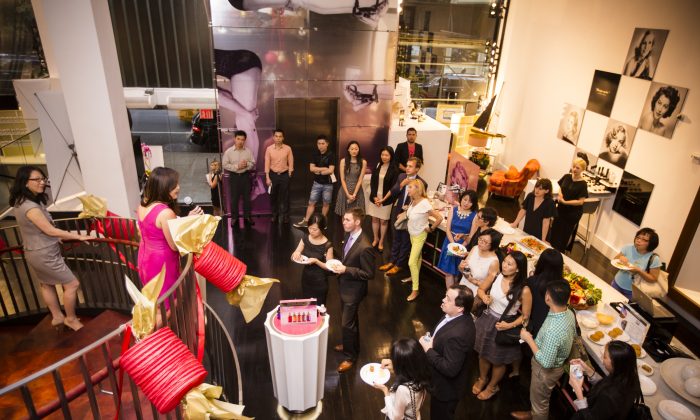 Mid-Autumn Festival comes from Asia, where people, especially in China, Vietnam, and Korea, harvested their crops in September or early October and thanked the gods for the year’s pickings.

A common legend tells that 800 years ago, when China was under Mongol rule, people passed around mooncakes with a hidden message inside saying they would rebel on mid-autumn day.

For most people today, celebrating the festival is a chance to eat with the family and engorge on piles of mooncakes.

“All I remember is eating,” said Ming Hu, 30, a volunteer at Museum of Chinese in America (MOCA), recalling how she celebrated Moon Festival growing up in Philadelphia.

“Usually, my mother will make a very nice meal and we’ll get together,” said Jimmy Sung, a fortysomething plastic surgeon in Manhattan. “When I was back in Taiwan, what we’d do is go to a park and watch the moon.”

This year, the festival falls on Sept. 8, where the tradition continues, with a commercialized twist.

Pre-holiday events this past weekend included: a cocktail party in SoHo, a busy fair on Mott Street, a museum classroom lesson for children, complete with ice cream mooncakes as rewards, and a residential party in Confucius Plaza, among others.

“Moon Festival means huge business for the mooncake companies,” said Justin Yu, chairman of the board at Confucius Plaza Apartments, comparing the commercialization to what has happened to Christmas.

“Every holiday in the United States is being used by businesses to sell specific products.”

Kimvalrie Neal, 36, an attorney who moved to Flushing, Queens from Taiwan six years ago, described the festival as a networking opportunity: “People over their 30s, having their careers, actually want to use Autumn Festival as an excuse to have a big dinner party together and as an excuse to send you a gift.”

For Chinese people who don’t live near their families or near Chinese communities, it can be even harder to preserve traditions.

“I didn’t grow up here,” said Hu, who moved to Manhattan from Philadelphia. “Most of my friends; they’re also transplants. So most of our families are not here, so it’s a little different. But I’m guessing if we all still lived near home, perhaps our parents would make us more aware of what’s going on.”

Skincare company Erno Laszlo’s marketing director, Robin Pay, 28, explained that her family was still back in Los Angeles, while she had moved to New York. “I do go to my aunt’s [to celebrate], but sometimes it’s just not the same.”

“Our children don’t get to stay at home and people still have to work. In a way, it’s very challenging for the older generation to make an effort and remind the younger generation and pass on the traditions,” said Sung, who, like Hu, lives in the Financial District. “We have to learn from the Jewish community and legalize the holiday.”

He added, that as a Taiwanese American who has been here since he was a teenager, “Unfortunately, I’m not really in touch with the Chinese community! As I get older, I’m trying to reconnect and discover my heritage and learn more about it.”

Locals and tourists swarmed the narrow streets of tourist shops and noodle stalls on Mott Street Saturday. Many curious eyes peered into the street fair, which featured folk songs, the Brooklyn United Marching Band, and a unique take on the red dragon.

A woman wore the body of the dragon, and a man wore the head, and a sparkly red suit. They danced separately to Caribbean-inspired music.

The crowd’s reactions to the display were mixed between squinting in the sun and outright laughter.

Observing the peculiar dancing dragon head without its body connected, Jackson Lin, a 15-year-old Madison High School student volunteering for IG Group at the event, commented: “I think it’s supposed to be one suit, but it’s too hot.”