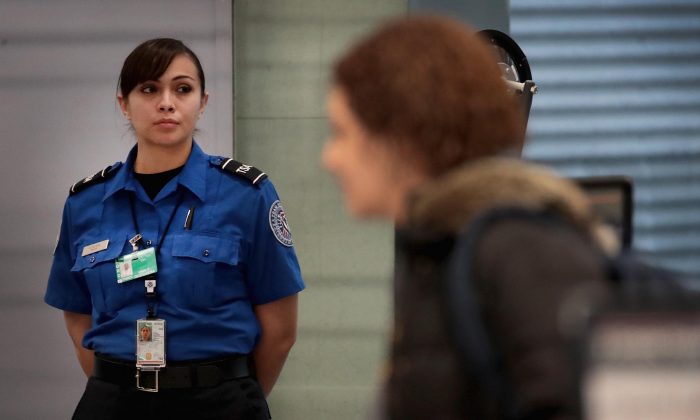 Preparations Quietly Made to Screen for Ebola at US Airports

The U.S. federal government continues to quietly put out a call for Ebola screeners at airports including Dulles International Airport in the Washington area, as migrants from an Ebola-afflicted region in Africa settle in the United States.

The job “EMT, Ebola Airport Screener” has a very straightforward job description: “To screen passengers that have traveled back from Ebola-affected nations. This will include checking vital signs, temperature and having passengers fill out questionnaires. This will include tracking and reporting all recovered results.”

The job listing is posted on Careerbuilder.com and LinkedIn by Caduceus Healthcare.

“We’re a contractor with the federal government; we saw a proposal that came out looking for MPs, PAs, and public health advisers to be at a couple of main hubs at airports,” Jared Beuther, an official at Caduceus Healthcare, told The Epoch Times.

“The federal government put out a proposal bid because our company has worked closely with the CDC before and then emergency response, being able to provide them physicians.”

“The proposal went out last week, before that they were just reaching out to see if any companies were interested in that position,” Beuther noted.

On July 26, the New Right Network reported a similar job posting by Glassdoor.

The Los Angeles County Department of Public Health is advertising for a public health nurse to “[directly] supervise an Assistant Program Specialist (APS) and provide cross-coverage for biothreat responses (e.g. Ebola, anthrax, botulism, smallpox),” according to a posting on governmentjobs.com.

The African Ebola outbreak has appeared in a third province in the Democratic Republic of the Congo. More than 400 migrants mainly from the Congo and Angola descended upon Portland, Maine, this summer and took shelter at the Portland Expo, where chickenpox cases surfaced. Dozens are entering public schools there. A caravan of Congolese and Angolan migrants crossed the U.S.–Mexico border in early June and reportedly went to different areas of the United States, including New York City.

New York City and state health departments carried out a full Ebola drill on April 30 with a mock Ebola patient, noting in a press release, “Given the current outbreak of Ebola in the Democratic Republic of the Congo, which is the second-largest Ebola outbreak in history with over 1,100 confirmed cases and 700 deaths, it is critical that the healthcare system is prepared to handle an actual case of Ebola or other infectious disease threat. Despite this critical need for readiness, federal funding for Ebola preparedness is set to expire in 2020, placing the future of these emergency response capabilities in jeopardy.”