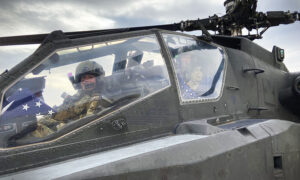 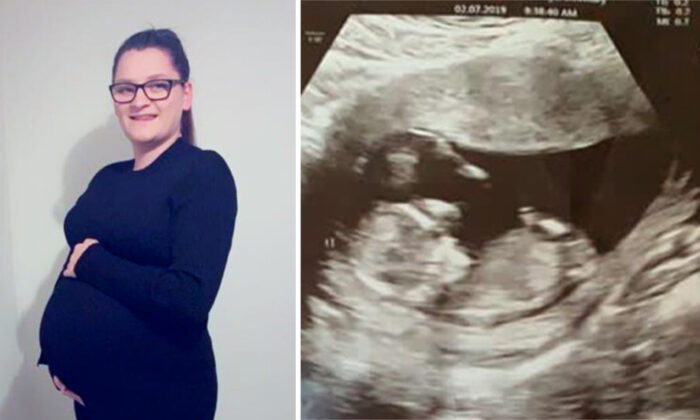 A pregnant mom carried her dead unborn daughter for 10 weeks in a bid to give the twin daughter the best chance of survival. Her 1-year-old baby girl now celebrates her 1st birthday milestone.

Florence Plant, 26, from Leicester, was devastated when doctors told her she had developed twin-to-twin transfusion syndrome (TTTS), a rare condition that causes unequal amounts of the placenta’s blood supply going to each twin.

The first-time mom decided to continue carrying Minnie until her twin, Hettie, was full term in a bid to give her the best chance of survival. Hettie was born in December 2019.

“Knowing that I was carrying around a dead baby for 10 weeks really mentally messed me up. It haunted me all of the time,” Florence said.

“I would be in Tesco and think that I have a dead baby inside of me and no one knows a thing. It was torture,” she added. “But we decided to go through that to try and give Hettie the best chance of life that we could.”

Florence says that even after 12 months, she still struggles to accept that Minnie is no more.

She said: “Some days you can cope with the grief better than others. The other day was particularly difficult as I sat down to order Hettie’s first birthday card, but I should have been sat there ordering two cards for both of my girls. It was broke my heart again.”

“[S]he is hitting all of her milestones and we are so proud and grateful for her. She has recently started crawling and is babbling lots saying ‘Mumma’ and ‘Dadda’ which we love hearing,” she said.

Florence says that her pregnancy was fine until September 2019 when she went for a routine 20-week scan, and it was discovered that there was more fluid surrounding one twin.

“The midwife said that it looked like Twin-to-Twin Transfusion Syndrome,” Florence said.

“This was completely alien to me, I had never heard of it. I started to research it and I petrified myself with what I found. I knew something bad was going to happen.”

Florence says there is laser treatment available to help treat TTTS that removes the fluid, but unfortunately, she did not meet the threshold of the amount of fluid needed to have the surgery.

Florence said: “I couldn’t believe that she was telling me that Minnie had passed away. I was in massive shock. Over the past five weeks, there had been no change, things hadn’t got worse so I thought it was all going to be okay.

“It was the last thing that I thought they were going to tell me. I was completely devastated. We had bought two cots, a double pushchair and lots of matching outfits.

“The thought of having to go back to the shop and return one cot or to swap our double pushchair for a single pushchair broke me. I couldn’t bear it.

“In desperation, I immediately told them I wanted to give birth and get the twins out and then maybe they could get Minnie to start breathing again. But it was impossible to tell how long Minnie had been dead for.

“The doctors calmed me down and explained that I had three choices. They said that I could either deliver them both straight away, I was only 25 weeks pregnant, so this would have been extremely risky for Hettie.

Florence added: “I had some time to think about what would be the best option, but the doctors made sure that I was aware that although they had given me these options, they were also expecting Hettie to pass away and that all the odds were against her.

“They said it was pretty much a waiting game for Hettie to also die. I could not really see light at the end of the tunnel after this, I thought that whatever decision I made […] I would be judged for it no matter what.

“I knew that I wanted to continue with the pregnancy, however, my consultant explains that because I was so young she didn’t want to put me through coming for scans every week while waiting for Hettie to pass away too. She said she had never had one twin survive.”

Florence decided to continue with her pregnancy, having to keep Minnie inside also as they were identical twins and in the same sac, so she could not deliver them separately.

At 30 weeks, they had the MRI for Hettie. Florence says that they were terrified to receive the results as they were expecting her to have severe brain damage or significant trauma; however, the results showed no signs of trauma.

Florence said: “We received the results from the MRI and it was brilliant, they showed no signs of brain damage or trauma. She had a few complications, such as a hole in the heart, which could all be corrected. We were so relieved to have these results.

“Five weeks later I had my planned C-section, at 35 weeks. Hettie went to the neonatal unit for one day and then came back to the ward with me, and I didn’t get to see Minnie.

“My consultant told me she thought it would be best if I didn’t see her and I trusted her with my life. Minnie wouldn’t have been like a normal stillborn baby, she had been dead inside me for at least 10 weeks.

“I sometimes regret that I didn’t see her but I think it was for the best to not remember her in a bad way.”

Florence added: “When Hettie is hitting a milestone I always wonder what Minnie would be doing and how they would be together.

“We always talk about Minnie to Hettie, and we often go and visit her grave so that Hettie is aware of her twin sister.

“The lead up to their birthday is a bittersweet feeling as I am sad that it has almost been a year since I gave birth and that Minnie was born, but I am excited to watch Hettie enjoy her day.

“We are so grateful to be celebrating Hettie on her first birthday because throughout a lot of my pregnancy I thought I was going to end up with no babies, so it is amazing to reach this special occasion, although we wish her sister was here too.”