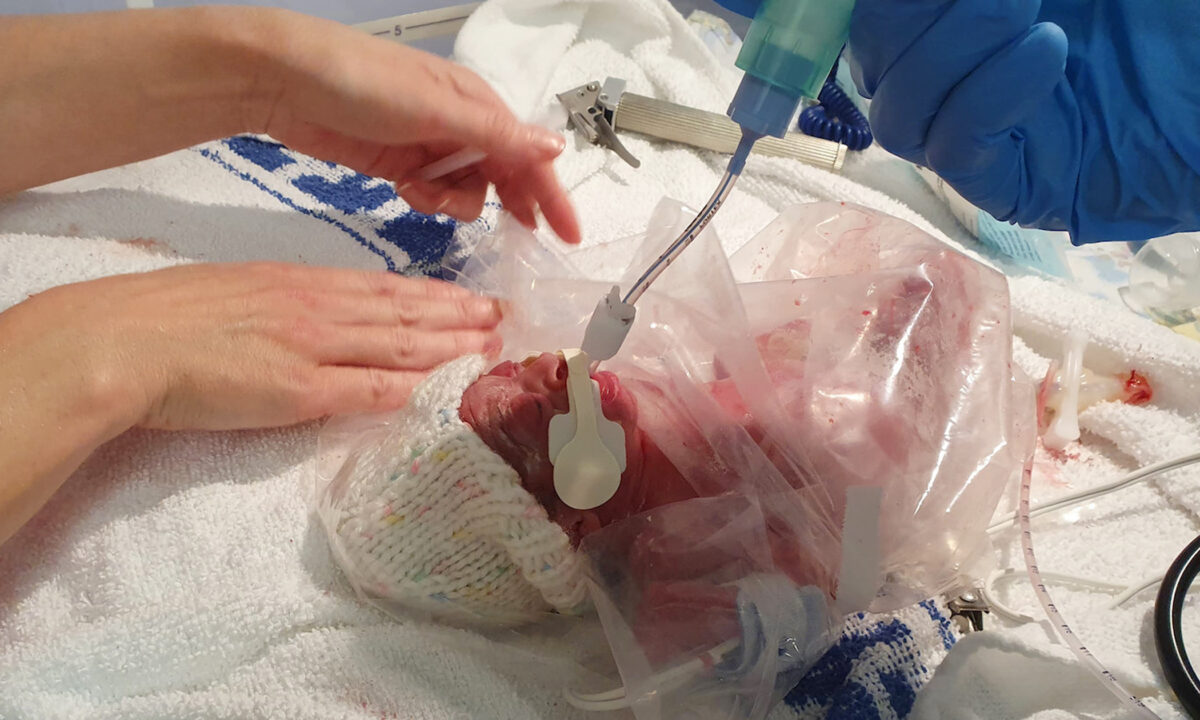 Preemie Born at 26 Weeks Was Put Into a Sandwich Bag, Defies Odds, and Is Now Thriving

A baby born 15 weeks premature was so tiny that doctors put her into a sandwich bag to mimic her mother’s womb and keep her warm. Now, seven months on, the little girl has defied all the odds and is healthy and thriving.

Vanessa Findlay, 32, a waitress from Catterick in North Yorkshire, England, found out she was pregnant in May 2020 when her husband, Kurt, a lance corporal, was away in Afghanistan with the army.

“I had lost babies before and had complications so I was deemed high risk,” Vanessa said.

She started to become very ill with hyperemesis gravidarum—a condition causing horrific constant vomiting and nausea—and for most of the pregnancy had to be on bed rest. Moreover, Vanessa was in and out of hospital as she became very dehydrated to the point her veins collapsed.

“It was horrific, and with Kurt not at home, I had to still look after my two boys which I could hardly do,” she said.

The mother of three was having regular scans, and at 19 weeks, medics discovered she had little to no cervix left and would have to have emergency surgery to have a stitch put in to keep her cervix closed.

“My consultant called my husband home at this point, which was such a relief,” Vanessa said. “After the surgery, I was on strict bed rest.”

The doctors had also managed to do a test which determined that Vanessa would likely go into early labor. Vanessa described her pregnancy as a “horrible” one, as she always feared that she would lose her baby girl.

“At 22 weeks, my water broke, but they kept me in the hospital and tried to keep the baby inside me as long as possible,” she said.

Vanessa managed to keep her baby in until her contractions started at 26 weeks, at which time she was taken to the delivery ward at the James Cook University Hospital, Middlesbrough, North Yorkshire, to have her baby.

“They had to take my stitches out first and then in 15 minutes she was out,” Vanessa recalled. “I was so relieved when I heard a little cry.”

Doctors immediately bundled Faith into a see-through sandwich bag—which mimics the womb and aims to prevent her body temperature from dropping.

Faith—who was lighter than half a bag of sugar and smaller than her mother’s hand—was rushed to intensive care, where doctors told her parents they didn’t know if she would make it or not.

Vanessa and Kurt were able to see Faith later that day.

“She looked so tiny with all the wires and in her incubator,” Vanessa said. “We had no idea if she would make it.”

Faith battled a hole in her heart and a brain lesion—a spot on the brain which could indicate brain damage—and had to stay in the neonatal intensive care unit for 79 days.

But miraculously, tiny Faith defied the odds and went home with her overjoyed parents on Dec. 2, 2020, after a traumatic pregnancy and nervous few months.

“We didn’t know until the day that we could take her home,” Vanessa said. “The hospital suddenly rang and said: ‘Bring the car seat.’

“I don’t think I slept a wink that first night she was back.”

Faith is a brave healthy 1-year-old and is doing really well but still has a hole in her heart, which doctors are hoping will close up on its own.

“She’s still quite a tiny 1-year-old but she’s a little fighter,” Vanessa said. “I’m so happy that she is healthy and thriving.”