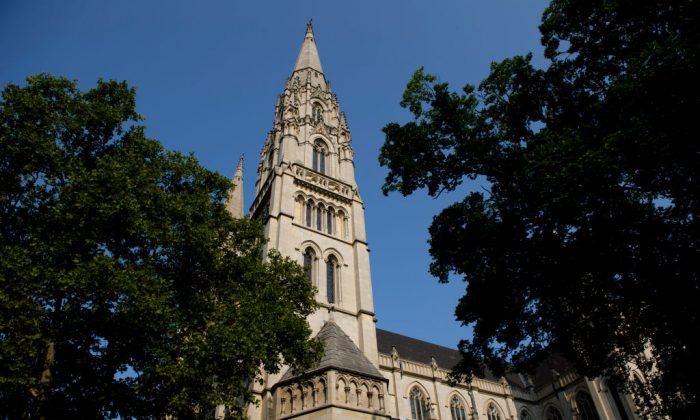 Praise and Prick: Pennsylvania Pays Churches to Convince Members to Get Vaccinated

Many who have chosen not to get the COVID-19 shots have cited religious objections. Now Pennsylvania Governor Tom Wolf’s administration wants church leaders to bring vaccination events into churches.

Pennsylvania’s public health leaders want to “harness the power of community trust in statewide faith-based organizations” to convince folks to get a COVID-19 shot. That is according to the mission statement of the Faith-based Organization Coalition, which is being formed under the state’s Department of Health and is expected to launch April 11.

The state aims to reduce vaccine hesitancy through the “Local Innovations in Vaccine Equity in Pennsylvania” project (LIVE PA), which is a grant program that pays churches and nonprofits to speak with their people and persuade them to get vaccinated.

That is, $10 for each person-to-person outreach including direct phone calls, direct text messages, direct social media messages, door-knocking campaigns, and anything that involves one on one dialogue promoting the COVID-19 shot. The church or other nonprofit gets another $10 for each person who gets the shot.

“LIVE PA is a collaboration between the Wolf Administration’s Office of Advocacy and Reform and the departments of Health and Human Services, working closely with United Way of Pennsylvania to fund hyper-local, grassroots nonprofit and faith-based organizations to partner with certified vaccine providers to help the populations they serve overcome barriers to vaccination,” Amanda McNaughton, member services manager and Resilient PA Staff Liaison for United Way of Pennsylvania, told The Epoch Times.

The LIVE PA program was promoted in a March 24, 2022 training meeting for chaplain assistants at UPMC Health Care System. Usually connected to churches, chaplains visit the sick and offer spiritual services. The Epoch Times obtained a video of the meeting, during which Aubrey Juris, partnership opportunity initiative coordinator for the Pennsylvania Department of Health Office of Health Equity explained its faith-based initiatives and encouraged chaplains to bring LIVE PA to their churches.

She suggested churches and nonprofits get creative in hosting vaccination events. Churches could set aside two hours after the worship service and the state vaccination partner could give entire families shots. A program like Meals on Wheels could have a vaccination nurse ride along on deliveries and offer the shot immediately, right in people’s homes. Or a community block party with food and prizes could be held where vaccines are being offered.

In another program, the state is seeking partners, including churches, to help distribute COVID tests in high-need communities. Participating sites must manage test kit distribution and publicize availability.

Ultimately, Juris said, the state wants to “establish COVID-19 Resource Centers in nonprofit outreach centers and houses of worship that will serve as long term, trusted resources to local communities, paving the way for COVID-19 mitigation as a social norm.”

Of the $630,000 available for faith-based organizations to participate in LIVE PA, only about $16,000 has been spent, Juris said.

McNaughton says working with faith-based organizations has been helpful.

“We have been thrilled to partner with local faith-based organizations because they are often trusted representatives with long, established histories in their communities,” McNaughton said. “The remaining population of people who are not fully vaccinated are experiencing barriers such as lack of trust or lack of access. Faith-based organizations are uniquely placed to have long histories with the populations they serve and have earned mutual trust with them. Their efforts to promote the vaccine to their congregations and the communities they serve through their charity work have been successful at reaching vaccine-hesitant populations.”

Republican state Sen. Doug Mastriano’s office became aware of the LIVE PA program after a concerned constituent brought it to his attention.

“This is the same administration that treated churches as nonessential two years ago and used their powers to put fear in people’s hearts,” Mastriano, who is running for governor, told The Epoch Times. “It’s ironic now they want to use churches to perpetuate their false narrative on vaccines or jabs. The lefties don’t like politics in church unless it’s their politics, then it’s OK to perpetuate their narrative and I’m sick of it. When they can use church for their political advantage, then that’s OK. I think it’s not appropriate.”

The Rev. Christopher Seifferlein of Mount Calvary Evangelical Lutheran Church in Lititz, Pennsylvania, told The Epoch Times that the vaccination issue has been divisive in his church and because there are many strong opinions, they don’t talk about it much and will not participate in LIVE PA.

“I would never do anything like that in my parish, I would never allow the state to come in, even if they were giving me money, to encourage people to come be vaccinated,” Seifferlein said. “It would be taking sides in an issue that I feel that people should have the freedom to determine what they want to do. By having such an event, I am taking a stance on the issue.”

“I don’t think it’s going to be successful,” Seifferlein said. “I think people have their formed opinions about this. I think they should try the avenues that they have been using to build trust with people. I mean, there’s a reason why there’s no trust there. It seems to me that [the state’s] ears and minds are kind of blind to how people think differently about these issues.”