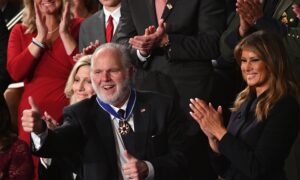 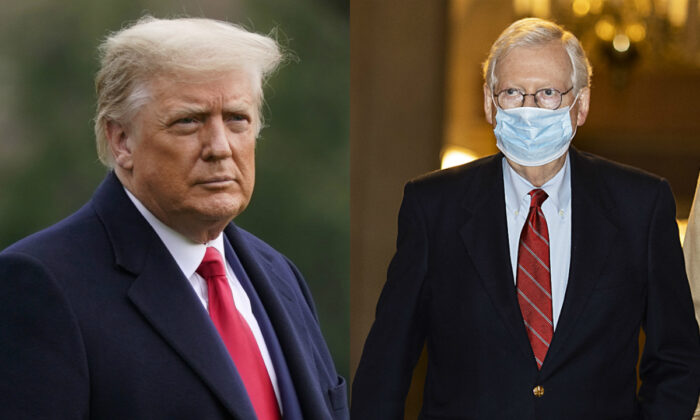 ‘Power to the People’: The GOP Bloodbath Has Begun

It’s not just the terminally deep state Mitch McConnell—excoriated in an entirely justifiable statement from Donald Trump—but also Kevin McCarthy and a host of other Beltway Republicans who must somehow either lose their positions of authority, that is, to be sidelined and rendered either impotent or inconsequential, and/or be primaried out before the election of 2022.

Otherwise, the Republican Party will likely lose in ’22 and again in ’24, because the rank-and-file is completely out of synch with these putative party elites.

This easily could happen even given the traditional advantage of the opposition party and the moronic policies of the Biden administration. (Keystone XL pipeline anyone? Brrr …)

Republican voters mostly despise their current leadership and favor Trump by large margins, if we are to believe the polls and, more importantly, our own eyes.

Many of the rank-and-file won’t participate in the election, sitting it out, if these old school “leaders” and their similarly-inclined colleagues aren’t removed and still wield power.

Either that, or those millions known as the “deplorables” will attempt to establish a third party. Some already are. Almost all have seriously considered it.

Many previously esteemed Republican leaders incredibly remain clueless about this or deliberately have their heads in the sand. Why, for example, has Arkansas Sen. Tom Cotton made an alliance with Sen. Mitt Romney, of all people, to promote minimum wage legislation?

The weeding out of these, sadly many, deep state uniparty figures must begin immediately because 2022 will be upon us before we know it.

As reported by The Epoch Times, the process has already begun, with many in the grassroots suddenly stepping forward to volunteer for GOP positions at the local level.

As we used to say in the ’60s, “Power to the People”—only this time, coming from the heartland of America, it may have more of a reality to it than it did then, even be more long-lasting and healing, if it succeeds.

We might want to call it “Power to the Real People”—the American majority.

These people know that many of their party elites were closet—or not so closet—Never Trumpers all along.

It’s not a good look, as we’ve learned from the humiliation of those ultimate Never Trumpers, the Lincoln Project, who have just been exposed for what they really were and are—hugely greedy and disgustingly perverted. They are now running for the proverbial hills.

Others, of course, aren’t nearly so extreme. So how do we determine who stays and goes without turning into our own version of Robespierre, which is a self-defeating lust for endless revenge?

It won’t be easy, because people are various with varying motives. We all change with time and circumstance.

But I would suggest we examine a politician’s responses to three very recent events: the presidential election, the so-called “insurrection” of Jan. 6, and the bizarre, despicable second Trump impeachment.

These were highly emotional occurrences to which people were immediately reactive, revealing themselves, sometimes inadvertently. We should expect some kind of consistency from our leaders, which often wasn’t there. In fact, it was rarely there.

I am refraining from naming names—other than the few that have already popped up, also, in a sense, inadvertently—because I fear my own inner Robespierre.

Even more, however, that’s for the people, the “deplorables,” to do. I trust them more than I trust myself. They are on the ground in the states and know more about their representatives than I do.

I would also suggest, however, that two categories of these “elites” exist—those that must go (they should be obvious) and those that might be reformable.

That latter category includes those who have been inconsistent, even may have seemed at moments like turncoats. With pressure, a few of them, a very few, may be, as I said, reformable. We must watch closely. An apology to their voters would be helpful.

But, most of all, separating the proverbial wheat from the chaff is quite simple. Who do they really think they represent—their friends and themselves, or you?

As I said, “Power to the Real People!”

(Just as I finished this article, my wife walked into my office to tell me Rush Limbaugh had died. What a tragedy. He was the one who could answer these questions better than anyone and help guide us through these times. He was unerring.)