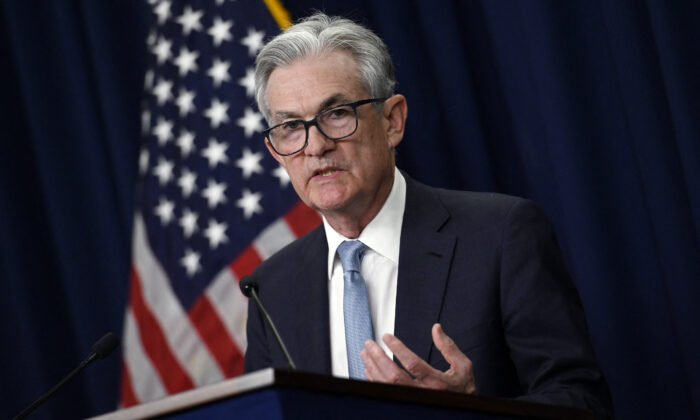 The recent loss of control of inflation and worry about potential stagflation ahead is to a very large extent repeating the history of the 1970s, a period that is worth serious study to learn the lesson. The appointment of Arthur Frank Burns as a new Fed chair to replace William McChesney Martin, a hawker to fight inflation, was revenge. It was Martin who maintained a tight policy in the early 1960s that made Richard Nixon fail in his first presidential election. As Nixon finally got the seat, he made it a high tone that the Fed would be “cooperative.”

By the mid-1950s, Burns was already the chairman of the Council of Economic Advisors (CEA). He was a famous professor in the business cycles field; his doctoral advisor was the founder of cycle studies Wesley Clair Mitchell. Their joint publications of “Production Trends in the United States Since 1870” in 1934, and “Measuring Business Cycles” in 1946, laid down the foundations of how the National Bureau of Economic Research date cycles. When the later Fed chair Paul Adolph Volcker Jr. was doing his undergraduate study, Burns was his influential teacher.

Burns was highly praised and trusted by Dwight Eisenhower. This made him the natural choice as a Fed chair for Nixon. While a professor with strong academic background would likely be a good economic advisor, he might not be an appropriate Fed chair especially in countering political pressure to ease, by the president. Before Burns became Fed chair, he had been quite thorough about the economy by providing good advice to the president. However, academics are commonly yes-men, he could not resist acting as a dove, at least in the beginning.

Fair to say, the loss of control of inflation from 1972 was not due completely to Burns’ easing. The huge fiscal deficits due to the Vietnam war and unpegging from gold afterward, were more relevant. While inflation was already rising in the late-1960s, Martin did tighten accordingly. But as Burns assumed office, he cut the rate to below inflation, as the accompanying chart shows. At that time unemployment rate edged from 4 percent to 6 percent, which was widely regarded to be a natural reaction. Soon after, GDP growth surged, unemployment declined, and of course, inflation skyrocketed.

When he was aware by early-1973 that he had to fight inflation, it was already too late. Monetary policy takes at least a year to become effective. When the hike was done aggressively from then on until mid-1974, a deep recession was inevitable and unemployment shot up to 9 percent. Back in the 2010s, there was a famous professor of the Great Depression, Ben Shalom Bernanke who also moved from chair of the Council of Economic Advisers to Fed chair, he made prolonged easing until 2015 (seven years after 2008). Incidentally, the current Fed chair Jerome Hayden Powell reacted to inflation only very recently.

Historians conclude Burns’ ideology as fluctuating between hawk and dove. When Powell became Fed chair, he was frequently threatened by Donald Trump for tightening too much. Three years on, Powell was again unresponsive to inflation then tightened aggressively, leading to a recession ahead.