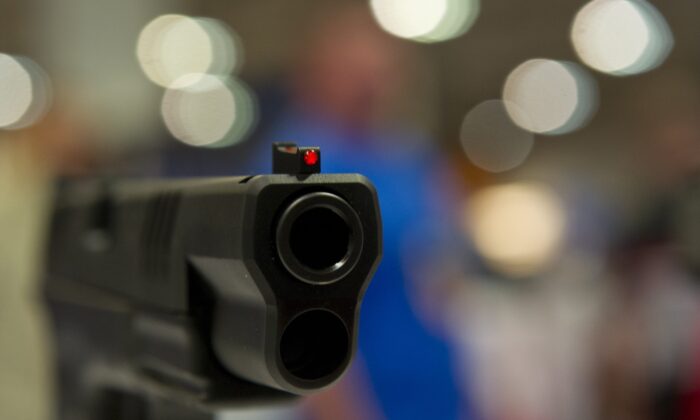 The president of Portland, Oregon’s police union said that the city is on the brink of war in a blistering new statement.

“We need to talk about the elephant in the room: gun violence. We are on the precipice of a gang war,” Daryl Turner, head of the Portland Police Association, said.

The police force in the state’s largest city has responded to 357 shootings as of May 9, an increase of over 100 percent from the same time span last year.

Portland dealt with a jump in violence in 2020, with both shootings and murders skyrocketing, along with near-nightly riots that regularly diverted attention from 911 calls.

City officials have tried addressing both matters, escalating the response to rioting and approving $6 million to combat shootings.

But the city hasn’t brought back the Gun Violence Reduction Team (GVRT), and none of the new funding went to the city’s police department. That’s on top of the Portland City Council cutting money for the police force in 2020.

Turner said that commissioners “only use data when it serves their political agendas” and called what he sees as a continued ignorance of statistics and shifting of blame unacceptable.

“The GVRT proactively policed with a holistic approach, building partnerships and relationships to get illegal guns off the street. It’s obvious to everyone except for City Council that more guns and increased gang activity mean more violence,” he said in the new statement.

City council members are now focused on making additional cuts to the Portland Police Bureau’s budget, which won’t address the gun violence epidemic, according to Turner.

“The answer is that our community deserves a fully staffed police force with a minimum of 1,000 officers and a full-budget commitment to addressing gun violence, and our community deserves adequate social service resources. Forcing us to choose one over the other is short-sighted. Social services and alternatives resources are not a replacement for police officers and common-sense public safety infrastructure,” he said.

A spokesman for Mayor Ted Wheeler—a Democrat who also serves as police commissioner and sits on the council—declined to comment, referring The Epoch Times to Portland’s Office of Violence Prevention (OVP). That office did not respond to resulting inquiries.

Nike Green, director of the OVP, called the jump in shootings “a public health crisis” in a statement released on April 28. Green said the office was using “data, research, and evidence-based practices to prioritize partnerships designed to interrupt cycles of gun violence,” such as programs with violence interrupters, who seek to stop shootings before they happen.

The other city commissioners didn’t respond to requests for comment.

The council approved a 2021 budget that included a $3 million cut to the police bureau on May 13, local media reported.

City Commissioner Jo Ann Hardesty, a Democrat, said in a statement that she appreciated that the budget didn’t add “ongoing funds back into the Portland Police Bureau after [the] council reallocated money from the bureau into the Portland Street Response and other community investments last year.”