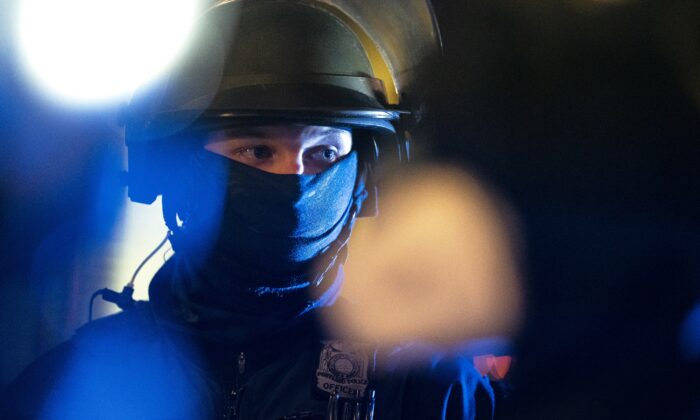 Portland Police Have Responded to at Least 359 Shootings This Year

Police officers in Portland, Oregon, have responded to at least 359 shootings so far in 2021, as the state’s largest city continues to see unprecedented levels of gun violence.

Preliminary statistics indicate that officers responded to 357 shootings, a Portland Police Bureau spokesman told The Epoch Times via email on May 7; at least two other shootings have occurred since then. Ninety-five of the shootings resulted in injuries, with 113 people being injured.

On May 7, officers responded to a report of shots fired and found evidence of gunfire in the area of Northeast Prescott Street and Northeast 33rd Avenue. A short time later, an off-duty officer witnessed a gunshot victim being dropped off at a nearby hospital.

On May 9 around 1 a.m., officers went to a home on Southeast Harney Street following a report of shots being fired. They found “a chaotic scene, with what appeared to be a house party underway” and one person unconscious, the bureau said in an incident summary. The person was soon declared dead.

“People are being shot at a rate we haven’t seen in Portland before,” Lt. Greg Pashley, a Portland police officer, told KATU. “We know it’s taking its toll on the community, and if there was some switch we could flip, we would love to put an end to it. But as long as people are willing to pull triggers in those emotional, heated moments to resolve their disputes, unfortunately, we’re going to continue to see this sort of thing.”

Pashley said any information that people can provide to police can help solve crimes.

Shootings and homicides spiked in Portland in 2020 following the police-involved death of George Floyd in Minneapolis. That was part of a trend in cities across the United States.

Portland recorded 56 homicides for all of 2020; this year through April, 27 have already been recorded.

Commissioners last month approved $6 million to combat shootings, though none of those funds went to the police. The largest chunk was allocated to community organizations that work on intervention and other efforts related to shootings. Commissioners also approved funding to hire additional unarmed park rangers and for smaller groups intended to address the root cause of gun violence.

Police in Portland have struggled to respond to all 911 calls in a timely manner because of regular protests and riots that started in the wake of Floyd’s death. Some calls have been put on hold for hours because of the number of officers required to deal with civil unrest.

Other cities have also seen higher murder rates so far this year. Chicago, for instance, recorded 195 homicides as of May 2. In 2020 through the same date, 160 murders took place. New York City saw 132 killings as of May 2, an increase from 113 in the year-earlier period.