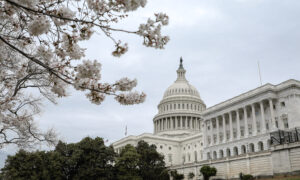 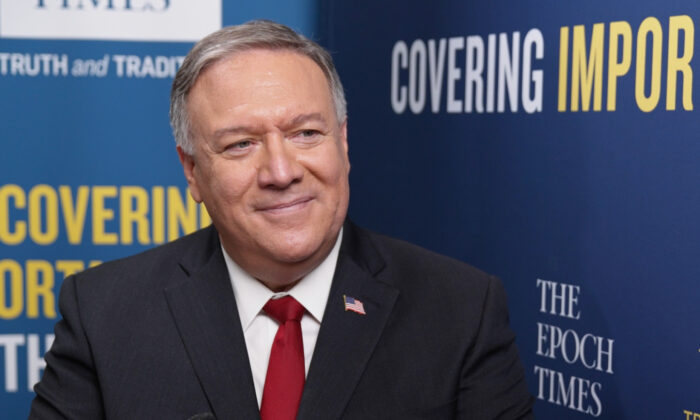 Former Secretary of State Mike Pompeo confirmed to The Epoch Times on June 3 that his efforts to get to the bottom of how the CCP virus—also known as the novel coronavirus—spread from China to the United States met with sustained opposition within the U.S. government.

Asked about revelations in a June 3 Vanity Fair report that key officials deep within the State Department sought to keep the public from knowing that U.S. funds had supported gain-of-function research at China’s Wuhan Institute of Virology (WIV), Pompeo described a “contentious battle.”

That research, which focused on techniques for reconfiguring naturally occurring viruses to make them more virulent and transmissible to humans, was partially funded as far back as 2012 with U.S. tax dollars through the National Institutes of Health and a nonprofit foundation known as the EcoHealth Alliance.

The Vanity Fair analysis “found that conflicts of interest, stemming in part from large government grants supporting controversial virology research, hampered the U.S. investigation into COVID-19’s origin at every step.”

“In one State Department meeting, officials seeking to demand transparency from the Chinese government say they were explicitly told by colleagues not to explore the Wuhan Institute of Virology’s gain-of-function research, because it would bring unwelcome attention to U.S. government funding of it,” the article reads.

China has insisted since the virus first appeared in late 2019 that it had spread from bats to humans via an open-air meat market in Wuhan. Some government and public health officials, private sector scientists, and investigative journalists, however, have said since early in 2020 that there’s substantial evidence that the virus spread somehow from the WIV.

Then-President Donald Trump and Pompeo, as well as Sen. Tom Cotton (R-Ark.), publicly noted the existence of such evidence in April 2020 and called on Chinese officials to allow independent investigators to access the WIV and its records. China refused to do so.

After the November 2020 election, Pompeo pushed within the State Department and the Trump administration for public release of as much evidence as possible.

He issued a Jan. 15 statement that includes a significant disclosure, that WIV researchers appeared to have suffered virus symptoms months before the disease spread throughout China and to other countries, including the United States.

The statement also notes the gain-of-function research taking place at WIV and asks whether U.S. funding may have been diverted to secret Chinese military projects at the WIV.

But even getting that statement out was a struggle, Pompeo told The Epoch Times on June 3.

“I became aware at the end of 2020 that we now had an increased level of confidence in the datapoints that supported what we put out in the middle of January. The clock was clearly running, and I was fighting very hard inside the State Department and even more broadly,” he said.

A major roadblock was the fact that significant portions of the evidence were held by intelligence agencies that opposed their public release.

“There were places outside of the State Department that owned the dataset inside the intelligence community, so we were banging away to get them to give us as much space to write as much as we possibly could,” Pompeo said.

“We were drafting language that protected classified things that needed to be protected but we wanted to make sure that we got this information out in the public space.”

The former secretary of state said he viewed it as important at the time, and continues today to say that the American people should know all the facts, and the Chinese government should be held accountable if the virus did escape from the WIV.

“There were two reasons for that. One, it was a matter of transparency and, two, we wanted the Chinese Communist Party to have to explain what we knew as well, so we had a very high degree of certainty around what we did,” Pompeo said. “The statement was very carefully crafted, but it is unambiguous about what it said.”

A former senior State Department official with direct knowledge of these matters, who spoke on background, told The Epoch Times that Pompeo made clear to everybody involved in the State Department’s investigation of the source of the virus that they were to pursue facts wherever they led.

When told of internal opposition to the effort, the former senior official said that Pompeo responded with a salty aphorism reflective of his Army career.

“He said, ‘Screw them and tell them the secretary of state said do it.’ And he also said something that’s very, very important. He said: ‘I don’t care what conclusion you guys dig out. It may be something we like to hear, politically, or something we don’t like to hear, but I want the truth.’ That was exactly the attitude throughout the whole investigation this group was doing.”