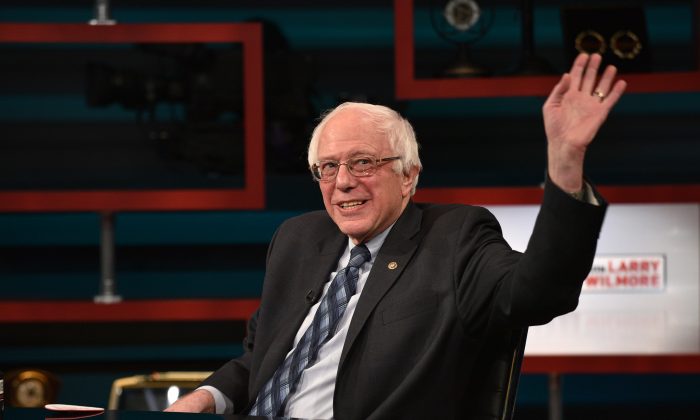 It’s been a good week for Bernie Sanders.

Recent polls have shown that the Democratic presidential candidate has a lead against Hillary Clinton in New Hampshire, and is catching up with her in Iowa.

A new NBC poll shows that in a hypothetical match-up against GOP front-runner Donald Trump, Sanders would beat him by a wider margin than Hillary. Sanders leads against Trump 54 to 39 percent nationally, whereas Clinton leads Trump only 51 to 41 percent nationally, making Sanders the more “electable” candidate.

The poll was conducted between Jan. 9 and Jan. 13, with 800 registered voters.

Previously, Clinton has implied that nominating Sanders, who endorses far-left economic programs, would risk a Republican in the White House.

“We need a Democratic nominee who will be able to beat the Republicans,” Clinton said earlier this month, according to ABC. “I shudder to think about what the Republicans would do if given the chance.”

Still, Clinton still leads Sanders by 25 points among Democratic voters nationally, according to an NBC poll.

The Iowa caucuses and New Hampshire primary start on Feb. 1 and Feb. 9, respectively.