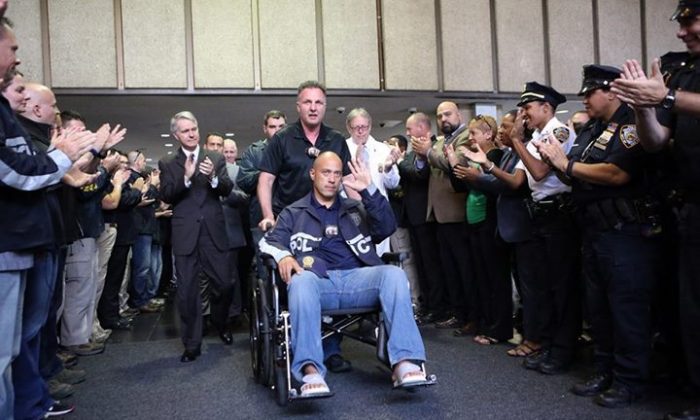 NYPD officers cheer as Detective Mario Muniz, wounded during a Manhattan shoot out on Monday, is released from the hospital, in New York, July 30, 2014. (NYPD)
Crime and Incidents

Muniz was hospitalized for two days after being shot in the chest and stomach in Greenwich Village, attempting to arrest suspect, Charles Richard Modzir, wanted on multiple counts of lewd acts. Modzir was killed in the confrontation.

Two U.S. marshals who accompanied Muniz were also injured during the attempted apprehension. Both were released from hospital on Tuesday.

Associated Press contributed to this article