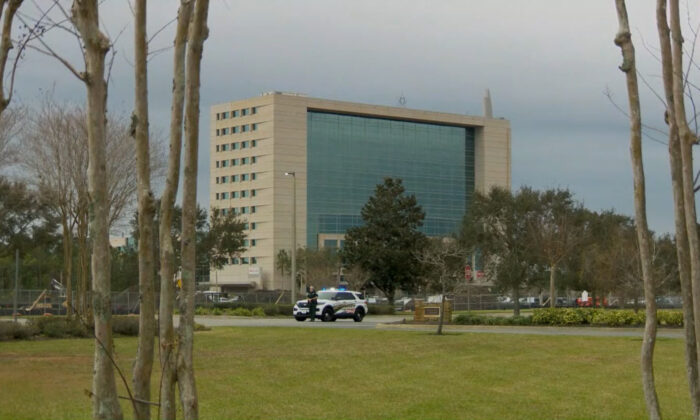 The Advent Health Hospital in Daytona Beach, in Florida. (WESH)
By The Associated Press

DAYTONA BEACH, Fla.—A woman shot her terminally ill husband inside a Florida hospital on Saturday and then barricaded herself in his room, officials said.

Daytona Beach police said they evacuated part of AdventHealth Hospital and were negotiating with the woman. They did not say if the husband is dead or the extent of his injuries. No one else was injured.

Police said in a statement that the woman was “not seen as a threat to staff or patients.”

Further information was not immediately released.

AdventHealth officials did not immediately respond to an email seeking comment.