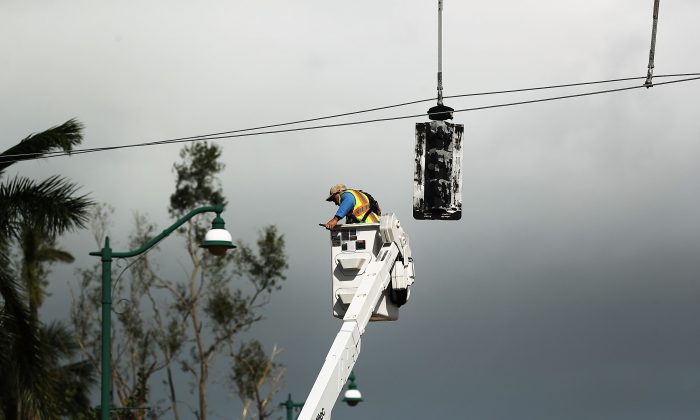 Internet rumors turned into full-blown fake news after electric companies based a media release and Facebook post on made-up stories, only to be debunked by local police.

“There are reports that people dressed to look like utility workers have been knocking on doors. When customers answer the door, they are robbed at gunpoint,” wrote TECO energy in a Facebook post.

Fox News, Brandon Patch, and others then picked up the story.

florida Power and Light (FPL) also repeated the reports. A spokesperson from the company denounced those that would conduct such robberies.

“We have heard of that and it’s repulsive to think that people would take advantage of the situation and impersonate our line workers or our staff,” said Bill Orlove, a spokesperson for FPL.

Orlove said he based his belief in the reality of the robberies on the fact that the head of public relations at FPL mentioned them in statements to media.

FPL customers and Marion County residents are those targeted by the robberies, according to SECO’s press release.

“You may have seen a post on social media that Marion County citizens are being robbed at gunpoint in their homes by individuals posing as electric workers. Beware of internet/social media rumors, we have not received any calls regarding this,” said the Sheriff’s office.

“Today both LakelandPD and the Polk County Sheriff’s Office have received numerous inquires about social media posts claiming that people who are pretending to be “Lakeland Electric workers” are going to door and robbing people. THIS IS NOT TRUE,” they wrote.

While TECO’s Facebook page warns of armed robbers, it links to a May 22 blog post that mentions nothing of armed robbers, only of scammers demanding prepaid debit cards and threatening to disconnect the victims’ power if they are not paid.

Similar scams of con artists posing as utility workers attempting to take advantage of disaster victims by asking for cash or immediate payment for repair work have reportedly occurred.

SECO could not be reached for a comment, their line was busy, likely due to a flood of calls from customers reporting outages or reporting downed power lines.

TECO, which only provides journalists with an email contact, also has not responded to a request for a comment.

The original TECO post continues to confuse those worried about the risk, however. That’s because the rumor was given official endorsement after the Pasco County Sheriff’s Office shared it on Facebook.

This led Facebook users to doubt later posts from other police agencies warning that the rumor was untrue. Some also posted that the scam was indeed happening to them.

The root of the rumors appears to be real news reports on actual robberies that took place in New York and Los Angeles last April.

In those cases, robbers posing as utility workers gained access to victims’ homes and then robbed them, sometimes tying them up in the process.