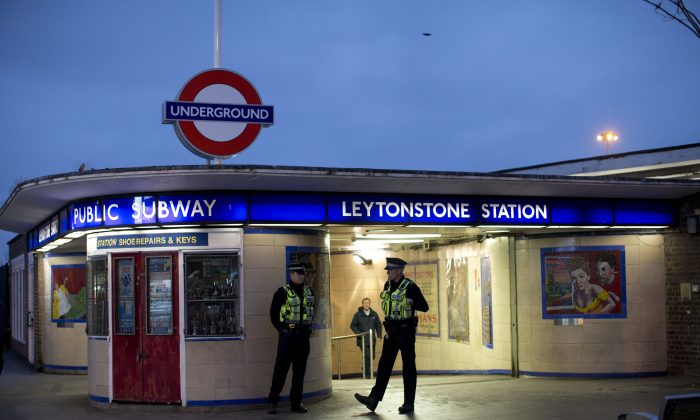 The chief constable from the British Transport Police wants rail companies to share data on passengers in order to identify suspicious behaviour, potentially leading to the identification of suspects or victims.

Lucy D’Orsi, the chief constable of the British Transport Police, said that she wants access to travel data from train passengers to spot “anomalous behaviour,” sparking concern from privacy activists.

‘Use Data in a Better Way’

The British Transport Police are a national special police force that police the railway network of England, Wales, and Scotland.

D’Orsi told Policing TV on Wednesday that she was in talks with rail companies and added that “civil rights and liberty aspects” were part of the discussions.

She argued data sharing between rail companies such as National Rail and Transport for London (TfL) could help identify suspects or victims.

The police chief questioned why someone would tap in and tap out six hours later on the London Tube.

In London, Tube passengers tap their Oyster card or bank card at the start of their journey and touch out at the end on yellow card readers to pay the right fare.

She said a person spending a long time on the Tube could be “possibly lost, possibly vulnerable, possibly a pickpocket, possibly a predatory sex offender.

“At the moment we are all looking for these individuals, whether that be from a crime perspective or a vulnerability perspective, but for me actually, there’s something that feels that there is a missed opportunity to look at how we can use data in a better way,” said D’Orsi.

When asked if police could already access that data, she said that “we need data sharing agreements—and use them in a way that is more ‘future-facing’ about what we want to achieve, recognising any civil liberties aspects to it.

The move worried privacy campaigners who called it “Orwellian.”

Madeleine Stone, a legal and policy officer for Big Brother Watch UK, told The Daily Mail the “suggestion that innocent members of the public should have their movements tracked by the police is one straight out of an Orwellian police state.

“UK citizens are already some of the most surveilled in the world and this absurd proposal would be a nightmare for privacy and civil liberties.”

A spokesperson for the British Transport Police told The Epoch Times by email that “any future aspiration to share more data with TfL, or rail operators, would be subject to Information Sharing Agreements and Data Protection Impact Assessments.”

On Wednesday, the privacy campaigning organisation Open Rights Group teamed up with Sian Berry, a Green Party politician, to challenge measures that would allow police to put tens of thousands of motorists driving around London every day under surveillance.

The group said that Khan, who was re-elected for a second term in May 2021, expanded the scope of a 2014 data-sharing agreement to include the colour and make of vehicles, images of drivers, and even pedestrians.

The step was taken without public consultation by the Mayor of London, Sadiq Khan.

Chris Summers contributed to this report.