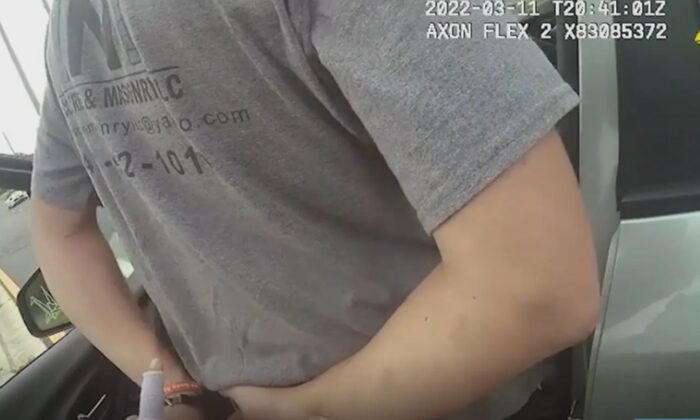 A growing number of police and sheriff’s departments across the United States are sending out warnings about the so-called “Orbeez challenge,” claiming it’s a dangerous new trend spreading via TikTok.

They say that the challenge encourages others to attack unsuspecting individuals with an Orbeez gun, which fires a gel pellet.

“We continue to see teenagers … discharging splat ball guns (Orbeez) at other people … even at innocent bystanders. Now they are modifying the beads to be more painful,” Peachtree City Police in Georgia wrote in a recent Facebook post.

“As you can see from the attached photos from an incident [Monday] on the cart path, these can be very painful and can cause permanent injury,” the department also wrote, attaching a photo of a boy whose face was injured in an alleged attack.

Police in Volusia County, Florida, also told the New York Post that its officers “also warned of a string of Orbeez shootings in the area leading to four arrests so far.

“Recently, deputies arrested a 19-year-old man who shot an Amazon delivery driver in Deltona, hitting him in his glasses and his neck while he was driving his route. The same shooter also shot another random adult and a 10-year-old child in the face and chest,” the Volusia County Sheriff’s Office said in a Facebook post.

HEADS UP: The Orbeez Challenge can get you in trouble. Multiple agencies have had reports of people hit by gel beads fired from toy blaster guns.
Recently, deputies arrested a 19-year-old who shot an Amazon driver in @CityofDeltona. He was hit in his glasses & neck while driving. pic.twitter.com/RI6GQvElVz

Spin Master, which makes Orbeez, told NPR in a statement that “children’s product safety is paramount at Spin Master, and we are committed to providing children and their families with the highest quality toys, games, and activities. Spin Master does not manufacture or sell gel guns.”

It added that “Orbeez are designed for educational, creative, and sensory play and are not intended to be used as projectiles or inserted in mechanisms.”

Police officials said that in some areas, alleged violators could face felony charges.

“These kids think it’s funny. They’re violating the law. They’re committing a battery. If the pellet happens to injure the person to the point it breaks the skin, could be looking at a felony charge. These things don’t go away. Could affect your future,” Winter Garden Police Captain Scott Allen told Orlando’s Fox35.

The Epoch Times has contacted Spin Master for comment.