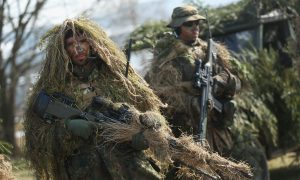 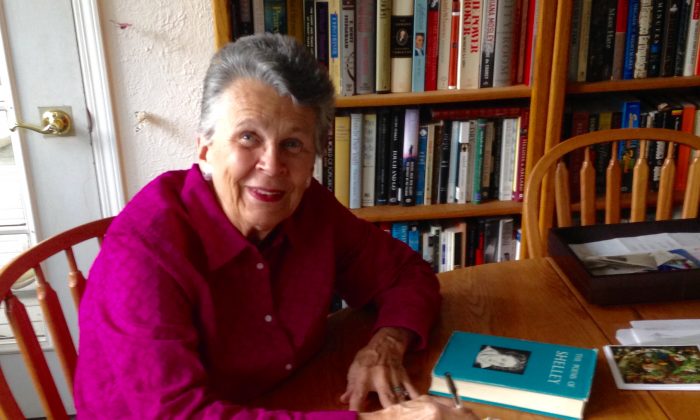 A sonnet by Betsy Hughes offers unmistakable relief; you can actually understand what you are reading. Words in glistening, clear images form ideas, which gather together unostentatiously to draw you toward satisfaction. For this poet, who champions accessible language and the classic form of the sonnet, the classics have the power to fortify us.

Classical poetry survives because it still communicates to us, said Hughes in a phone interview on May 4. It does so because its language is clear and its themes universal.

Classical poetry fortifies us through consolation and wisdom.

Much of the poetry written today “is so esoteric that its meaning is muffled, its messages incomprehensible,” she later wrote in a later email exchange.

Hughes attributes these failings to the idea that today artists seem to be intent on expressing themselves. Self-expression may be their sole purpose. Although their poems may appeal to an in-group who are driven by fads, this type of poetry “violates art’s purpose to communicate universal truths.”

Piano Accompanist Raymond Beegle: The Classics Are Our Hope

By communicating universal truths, the classics can strengthen us, Hughes says, because they remind us of qualities that endure in all times despite the threats from within—such as our mortality—and from without, due to political pressures and contemporary crises.

Put another way, and considering classical poetry in particular, it fortifies us through consolation and wisdom, offering consolation for those threats from within us and wisdom to deal with the threats that come from without.

Hughes came to appreciate the sonnet in her studies, her teachings, and her pursuits. You might say that it was love from afar for most of her life.

As an undergraduate at Vassar, Hughes became acquainted with the Pulitzer Prize-winning poet Edna St. Vincent Millay, an alumna known for her sonnets. She—her spirit—was almost a presence on campus, Hughes said.

However much we struggle, disdain, or despair over current events and urgencies, we may retreat to the wisdom of a classical poem to clear our eyes.

After graduation, Hughes taught middle school and high school English for 34 years and introduced poetry into every course possible.

But it was not until Hughes retired that she had the time to devote herself to the form. She felt “an overpowering urge” to write, and an outpouring of sonnets resulted.

Hughes, in fact, wrote a Petrarchan sonnet about her relationship with the form:

At Sea With the Sonnet

just dive right in and feel yourself immerse!

And so I plunge and pray for safe traverse

in lyrics undulating at the brim.

Where is the muse?  Where are the seraphim?

What compass guides across this universe?

Afloat, can I convey my thoughts in verse,

can I transform ideas into a hymn?

The moon commands:  Swim to the current’s time,

syllabic heartbeats with my words belong

I am iambic as I swim my song.

The sonnet is a structured poem with roots that go back to medieval Italy. In English, however, it is typically written in 14 lines of iambic pentameter.

Think of an iamb as a steady heartbeat, da DA—a set consisting of an unstressed and stressed syllable. String five of these together to make the pentameter.

In the English sonnet (as opposed to the rhyming scheme of the Petrarchan type), the poet usually arranges lines in alternating end rhymes, which change per stanza, and the whole poem ends with a couplet—a pair of lines, the ends of which rhyme with one another.

Arranging syllables to keep this rhythm while making sense requires a good deal of verbal gymnastics. Doing it so that the language does not sound awkward or artificial, and, in fact, has a certain tunefulness requires a master linguist. Add to that images, allusions, metaphors—ideas, basically—that reveal a truth of our condition, and you have the ingredients that make a sonnet worthy of its name.

Hughes’s book of sonnets, “Breaking Weather,” won the 2013 Stevens Poetry Manuscript Competition, and her second, “Indigo Macaw,” not yet published, has been recently shortlisted in a manuscript competition. Although she named the latter for a painting of a bird that struck her, she now thinks the macaw, an endangered species, is as an apt metaphor for classical poetry.

We could learn a lot from 19th century English poets and some of the 20th century American poets, too, Hughes believes. “These sonneteers zero in on the important universal verities in nature and human relationships, and they warn against forces inimical to those truths,” she explained.

Hughes cites, for example, contemporary politics as a reason to look to Percy Bysshe Shelley’s poem “Ozymandias.” It describes a “colossal wreck” of a monument, buried in the sands of antiquity. Here are a few lines:

“And on the pedestal these words appear:

‘My name is Ozymandias, king of kings:

Look on my works, ye Mighty, and despair!”

However much the emperor might sneer at or boast to his enemies, or to his progeny, for that matter, he and his kingdom are no more. Those today who build monuments, engage in war, scurry for greed, will also succumb to time and dust.

Thus, however much we struggle, disdain, or despair over current events and urgencies, we may retreat to the wisdom of a classical poem to clear our eyes.

The Classical Arts as Consolation

If the poetry offers us a means to step back and, through a new perspective, gain wisdom, the classical arts as a whole may also offer us consolation through connection.

Before the interview, Hughes had just listened to a 24-hour public radio broadcast and heard Beethoven’s “Pathétique,” her mother’s favorite piece. She felt strengthened listening to it, better equipped to deal with the challenges of the present. She felt buttressed.

Both of Hughes’s parents loved classical music, her daughter studied ballet, and her son classical guitar and voice. “There is familial legacy, a reassuring sense of continuity through generations of music appreciation,” Hughes said.

Classical music, poetry, and ballet link people through time. These arts allow us to see that we do not differ that much from our ancestors: We still love, grieve, face our own deaths. In facing threats from within, we are not alone.

But the consolation we receive from the arts can be more than just personal. In the act of writing sonnets, Hughes sees herself as participating in a line of poets that goes back centuries.

We can take comfort in the fact the generations preceding us have faced these same issues, and have worked in these same traditions. Modern art such as modern poetry lacks that lineage. In this sense, the classics are an antidote to loneliness.