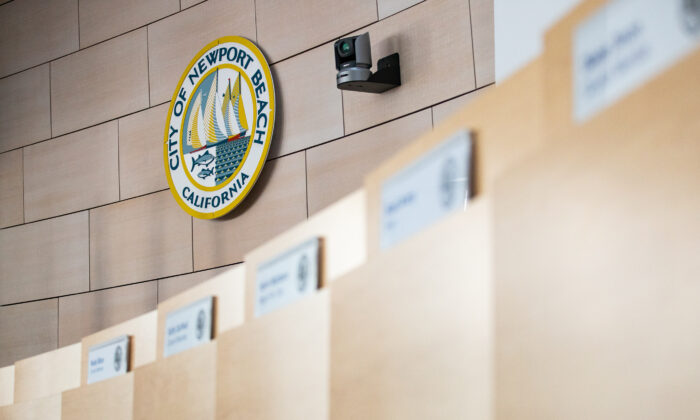 Weigand is currently the only candidate who has all seven councilmembers’ support, after working in various governmental capacities including at the federal, state, county, and local levels, including the district director for Sen. Patricia Bates (R-Laguna Niguel).

“I think I’m a superior candidate based on my background and my understanding of local and regional governance,” Weigand told The Epoch Times.

If elected, Weigand says his first steps in office would be familiarizing himself with the needs of the city and working closely with city employees.

I want to “give them all the support they need and say, I’m looking to help make your job easier and help give you the resources available to run an efficient city,” he said.

Weigand also said he would ensure the city’s large budget is well-allocated, especially in terms of public security.

“Our budget is significantly higher than some other cities that are of similar population,” he said. “We want to make sure that our budget is completely funded for our police, fire, and all of our services for public safety.”

Another issue he said he wants to help address is the state’s Regional Housing Needs Allocation plan, requiring nearly 5,000 new housing units to be zoned in the city by 2029.

With the city’s current number of apartments and single-family homes around 37,000, adding an additional 5,000 would be nearly a 13 percent increase in what Weigand calls a city that’s already “built out.”

He said the city must be smart in handling such mandates, allowing Newport Beach to retain its essence that Weigand and his family have come to love.

“I think we’re responsible for trying to find areas in the city that don’t affect these little villages that we have, that we currently love and cherish, and that people come here for,” he said.

Weigand did acknowledge issues Newport Beach faces such as homelessness, crime, and an increase in unlicensed sober living homes in residential communities.

“I think my history, my background, and my expertise working with elected officials from federal all the way down to the local level, allows me to try to find a solution that works regionally,” for such concerns, he said.

“Newport’s problems aren’t specific to Newport … So you have to find partnerships,” he said.

Both of Weigand’s parents worked for the Newport Beach Police Department. His mother Karen Weigand, served for 33 years and his father served in the 1970s and 1980s.

He and his wife Krista have twins, who are enrolled at the same elementary school Weigand attended, and enjoy activities with other parents, including an upcoming camping trip for dads.