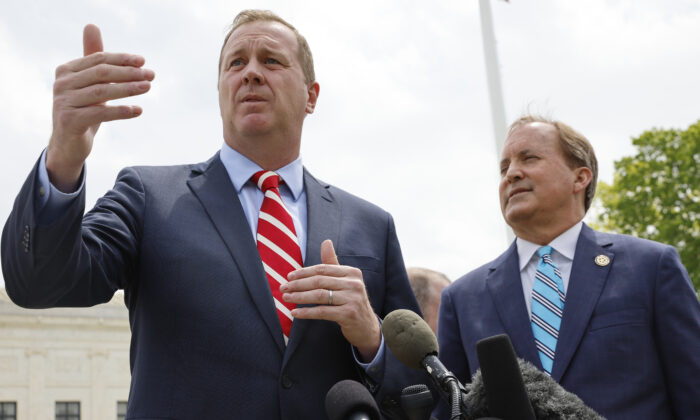 Plaintiffs in a case charging that the Biden administration was deeply involved in censoring users across Big Tech platforms are preparing to ask a judge to allow them to depose top government officials.

The Republican attorneys general of Missouri and Louisiana said on Oct. 10 that they will file a motion soon asking U.S. District Judge Terry Doughty, a Trump appointee overseeing the case, for the depositions.

The plaintiffs have provided an initial list of people they want to depose to the Department of Justice, which is representing the government in the case. They said the motion will ask Doughty to greenlight depositions “of a number of key defendants,” according to a statement from Missouri Attorney General Eric Schmitt’s office.

A spokesman for Schmitt, who brought the case with Louisiana Attorney General Jeff Landry, declined to provide more details.

The case was filed earlier this year, and discovery produced after Doughty rejected the administration’s attempt to get the case dismissed bolstered the evidence of Big Tech–government collusion, including a series of exchanges between White House and Facebook officials concerning cracking down on users who posted alleged misinformation about COVID-19 vaccines.

While 20 officials or agencies were named as defendants in an earlier version of the case, an updated complaint filed on Oct. 6 identified 47 more, including the FBI, the Food and Drug Administration, and Rob Flaherty, a White House deputy assistant.

“We remain concerned about mis -and -disinformation [sic] on feed and in groups, and the wide reach of hesitancy-inducing content across your platform,” Flaherty wrote in one message to a Facebook employee, whose name was redacted.

Additionally, Facebook began steering regular reports to Flaherty and other White House officials outlining how many posts were deleted, labeled, or demoted for violating COVID-19 and vaccine policies.

“Missouri and Louisiana filed a landmark lawsuit, seeking to expose that the federal government has worked hand-in-hand with social media companies to censor freedom of speech on their platforms. Our lawsuit has done exactly that—we’ve found a staggering ‘censorship enterprise’ that extends to a multitude of federal agencies and implicates government officials at the highest levels of government, but we’re not done yet,” Schmitt said in a statement.

“Now, we’ve added 47 additional defendants to our lawsuit, including several FBI agents and more top-ranking White House officials. We’re also asking the Court to allow our offices to take depositions to question these officials under oath. We’re only just getting started.”