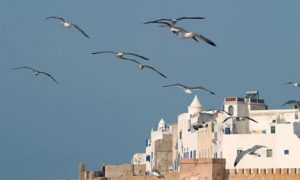 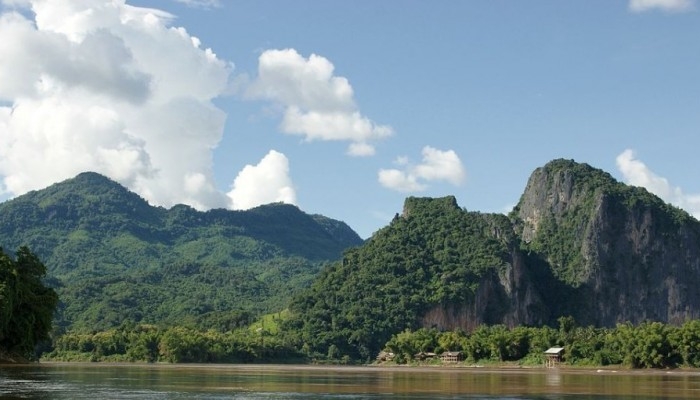 Pilgrimage to the Mekong River Dolphin

All I saw was the curved, beak-like head break the surface of the water, followed by the long back and short dorsal fin, but it was enough. A small part of this rare creature’s daily goings-on gave a giant stir to my soul –the Mekong River dolphin still exists.

The Mekong River is a vast and iconic river, draining an area of almost 800,000 square km. Its complex, meandering course brings melted Himalayan ice from China’s Yunnan province through Myanmar (formerly Burma), Laos, Thailand, Cambodia and finally Vietnam, where it flows into the sea.Each country has a different name for the river. The English ‘Mekong’ is derived from the Thai/Lao versions, and roughly translates as the Mother of Water. For the diverse people who live within its bioregion the river is central to their lives, providing food, livelihoods and trading routes.

The river and its surrounding land teem with life – only the Amazon basin is more biodiverse: 20,000 different plant species comprise the tangled banks and surge out of the murky depths; 1,200 varieties of bird; 800 reptiles and amphibians; and 430 types of mammals make their lives here.

But it is the Mekong River dolphin that holds iconic appeal. Large, intelligent, social and sensitive creatures like this need space to thrive; a population of river dolphins is testament to the health of the land and productivity of the ecosystem. As a dedicated nature lover and chronicler of environmental issues, the remaining river dolphins are sacred to me. They are totems of the wild world that I long to live in.

The poignancy of seeing the Mekong River dolphin is that they may not be here much longer. Rapid, unsustainable economic development has already caused the demise of the Yangtze River dolphin. Those same forces are now enveloping Cambodia. I wanted to see these wild animals and learn what I could about efforts to protect them. I hired a bike in the Cambodian capital, Phnom Penh, and headed out on a personal pilgrimage to find the Mekong River dolphin.

Crossing Cambodia by motorcycle is a journey back in time. North of the temples of Angkor Wat I glimpsed a rural idyll I recognised from historic art and writings. The slow life of close-knit, rural communities around paddy fields seemed perpetually lit by the golden rays of a setting sun. I was greeted wherever I went. When drinking tea in a roadside stall people would come in to exchange looks, smiles and, where possible, a chat.

The landscape is vast and human population low. The journey felt adventurous with the occasional hint of danger. In Pol Pot’s hometown, Prek Sbauv, and much of the north of the country, all the men looked like Khmer Rouge, dressed from head to toe in camouflage. Whilst riding off road I remembered, in a stomach churning flash, that guidebooks warn of minefields off the main paths.

Eventually I reached the dusty village of O’Svay and commandeered a boat to take me up the Mekong River. We sped upriver, passing ancient, gnarled trees that had exotic, distorted shapes from a lifetime of leaning into the weight of water. In some places the river was wide like a lake, in others tributaries branched off. We made several turns and crossings to reach a stretch of water in which I saw the first signs of the dolphins. I tapped my guide’s arm and we climbed onto the bank to watch from a distance, thrilled to have a few moments in peace with these animals.

Copyright © 2014 by EcoHustler. This article was written by Matt Mellen and originally published on EcoHustler