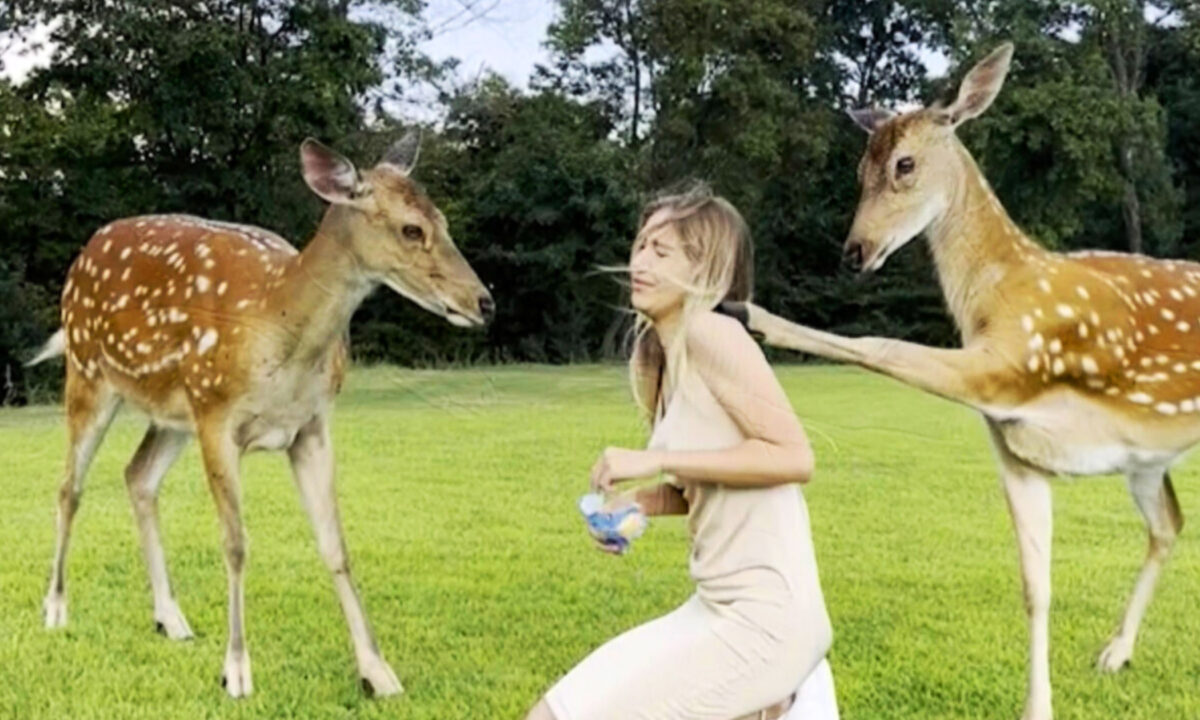 What initially started as a cute experience with the wildlife shocked one woman, after a hungry deer began to kick her for cookies.

Daryna Kasian, 23, is a manager from Kharkiv, Ukraine, who now lives in Kyiv due to the war. Recently, she went on a bike ride with her boyfriend to celebrate her birthday and encountered a family of deer in a park, near the Mezhyhirya Residence, an estate that has now been converted into a museum.

The hungry deer was clearly impatient and didn’t hold back on thumping Daryna on her elbow and shoulder.

“I think the aggression was caused by the fact that the deer wanted more cookies,” she said. “We abruptly stopped taking pictures because we were afraid of the continuation of the aggression of the whole deer family.”

At first, Daryna didn’t seem to understand what was happening, because she was still euphoric over what she saw. Later, when she watched a video of the encounter, she realized that it was a blow.

She said: “The video quickly began to gain a lot of views; some empathized, and many were amused because I posted the video in a comic form.”