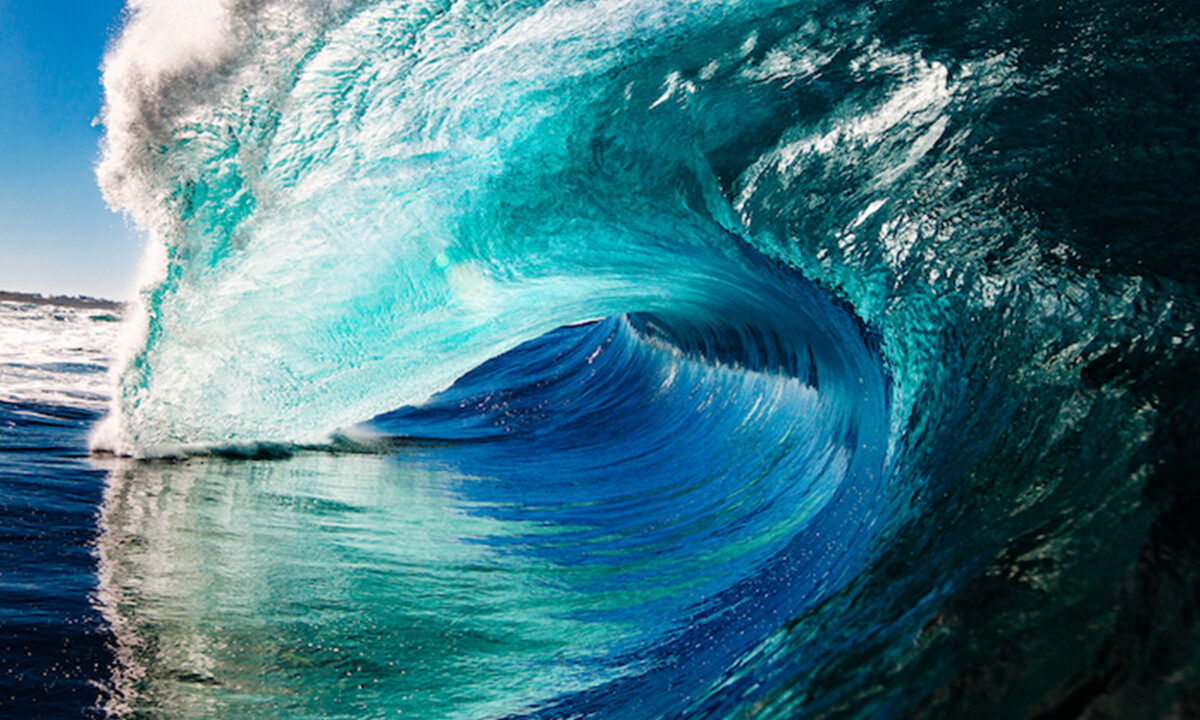 After a profound scare on a surfing trip as a teen, an Australian surfer discovered God and channeled both his faith and his artistry into a new profession: ocean photography. Through his powerful and breathtaking images of breaking waves, he shares his reverence for God and nature with the world.

“Becoming a photographer has been an amazing way to marry my perspectives on life and spirituality,” 35-year-old self-taught photographer Phil Thurston, from the South Coast of New South Wales, Australia, told The Epoch Times.

Phil grew up very close to the ocean in a small town with his two elder brothers. The trio mostly lived on the beach and learned to surf and gain confidence at a very early age in life.

After picking up the lens in his early 20s, Phil’s fascination shifted from riding the waves to instead capturing them.

After traveling around Australia and Hawaii in pursuit of a surfing career, he knew that he wanted to translate the breathtaking moments of energy at the ocean he came across and share them with people.

On a trip to Hawaii at the age of 17, Phil had a life-changing moment at the sea.

He recalled: “One day, a big swell was on. I quickly realized my extremely fragile mortality, and I had a pivotal experience with God that literally changed every aspect of my life and direction. God suddenly went from a somewhat fictional character in my life to the sole reason I’m still alive today.

“Ever since that day, I’ve gravitated toward operating out of a place of revelation, understanding that what I’m shooting and working with is intentionally designed and artistically woven together. My faith being incorporated into my art isn’t necessarily an intentional thing, it’s just at the very core of who I am and why I’m here.”

Phil, who now travels between Australia and the United States, currently lives in Southern California with his wife. On a day with perfect waves, he heads into the ocean armed with his Canon 5D MKIV camera in AquaTech waterproof housing, and swims around until he finds the perfect spot from which to capture the waves as they break.

“My background in surfing became the core confidence and ocean knowledge that is needed to get close enough to the waves,” he explained. “Learning the technical aspects of operating the camera came naturally to me, and because being in the ocean had become second nature, I was able to fully focus on the camera settings and getting in position for the shot.”

Explaining more about his signature images, Phil says that the technique he uses involves slowing down the shutter speed to intentionally capture the movement of the water with the light.

“I personally call this style ‘flomocean,'” he said.

Meanwhile, when he is on land, Phil uses a tripod, and lenses ranging from an 8mm fisheye to 600 mm of telephoto compression to capture each wave from a unique perspective. With his understanding of natural light and color, he uses post-processing for exemplifying the emotion he initially felt when he first saw the moment happen in the water, and he then massages the image into a place where others seem to have the same “wow” effect.

Prepping, shooting, editing, analyzing, and much trial and error have allowed Phil to find “art in the chaos of the ocean.”

“People learn to see chaos,” he considered, “but if you look closer, maybe through a different lens, you realize it’s actually an orchestrated, perfectly thought-out design.”

Thus for Phil, it means the world when people react positively to his work.

He reasoned: “Scarcity inspires value, so many of my images are almost like time capsules, once-in-a-lifetime moments that I now treasure even more … that’s the best, when you can bring treasure out of the ocean like that and people light up to it!”

One of Phil’s favorite shots, he says, is an image titled, “Wave to the Mountains.” He caught a plane at the last minute to chase one particular swell, knowing it was a risky call, arrived into relentless rainfall, but stuck it out.

“I sat on the beach in the pouring rain and wind for the next two days straight, pondering my decision,” he regaled. “I had a small accident with my hire car too, that wasn’t cheap, so this probably ended up being the most expensive photo I’ve taken in a long time. Sometimes a photo can tell a thousand words about a place, but behind the scenes it’s absolutely nothing like it appears!”

Phil has run his business, Thurston Photo, for a decade. He has held exhibitions, shows, and sells prints through his website and Instagram. Additionally, he has self-published a fine art coffee-table book and runs educational workshops on ocean photography with the magic of harnessing natural light at the forefront.

Phil also hopes to have his own gallery one day.

However, despite living his dream, Phil upholds that secondary sources of income are “pretty fundamental” to the longevity of an artist, and has always worked other jobs. But his heart, and his faith, are inextricably linked with the ocean.

Just like anyone else, Phil has had his own struggles growing up. However, at the core of his life, he holds onto his faith, which remains to be his strongest encouragement through life.

“I’ve always had that faith encounter with God to fall back on, knowing with all my heart and soul that He loves and cares about me as an individual and as a son, even amongst the billions of other souls in the world,” Phil told The Epoch Times.

For others who are pursuing art and trying to communicate through it, Phil says it’s very hard initially to get people to see or feel art in the same passion as you do. Thus he advises: “If, in your heart, you are sincerely passionate about something, keep doing it regardless of who’s watching, because I believe that the heart discerns what is to come far better than the mind.”

Here Are Some More Breathtaking Images of the Ocean: