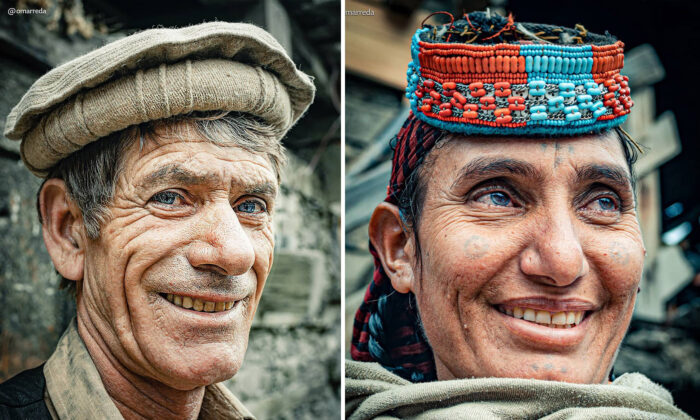 Lebanese photographer Omar Reda, 37, dreamed of traveling ever since he was a child, watching National Geographic documentaries on TV.

Shooting with black and white film in university kindled an interest and eventually sent him off on a cross-continental journey to capture the wondrous diversity of tribal cultures. Recent travels landed him in Africa, following a successful Pakistani expedition.

Omar found himself among the Masai tribe members in Kenya, where he said he hoped to portray “how humans can maintain and protect their unique identities, even in 2021.”

“I wanted to show how prideful these tribes are despite the invasion of globalization and modern cultures,” Omar told The Epoch Times. “Our diversity is what enrich the human kind. Let’s celebrate it before it all fades away and before all cultures blend into one.”

He was inspired by the incredible spirit of those tribal members, and impressed by their warmth in welcoming him, as an outsider.

“Visiting tribes is like time traveling back 2000 years B.C.,” he said. “You would [be] amazed by the diversity in their culture and traditions.

The spirited photographs he took speak for themselves.

Their blue, grey, and green eyes, blonde hair, and often fair skin have a certain charm melded with the garb, adornment, and culture of distinct Middle Eastern heritage.

“The mystery of the existence of this tribe and how two cultures blended together” was Omar’s inspiration, he said. “Looking at the Kalash eyes has mesmerized me. It is unbelievable that they live in this area.”

This rare tribe offers a glimpse into the wondrous variety of our world and the humans that live here.