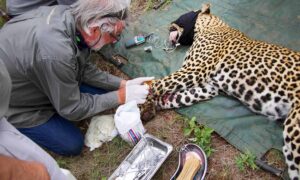 Leopard's Leg Gets Injured in a Snare–Then Rescuers Save Him, and the Photos Are Incredible
0
Share Now
TelegramFacebookTweetEmailTellMeWeReddit
Copy Link 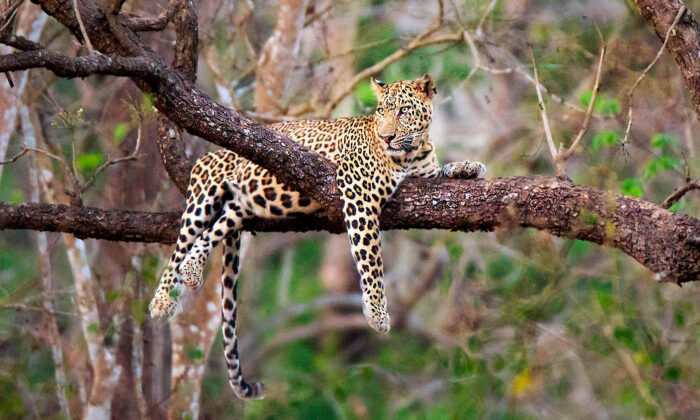 This tired-looking leopard picked the perfect spot for a nap—also perfect for the safarigoer who was able to capture some incredible pictures of the big cat looking blissfully serene.

The large feline was found in Nagarahole National Park and Tiger Reserve in India, and was photographed looking perfectly peaceful as he lay stretched out in a tree, his four legs and tail dangling from a bough above the forest floor.

Mohammed Shujath, a computer science engineer from Bangalore, captured the image of the restful cat—known locally as Scarface—during a trip to the reserve.

“Scarface is a celebrity amongst leopards and known worldwide by avid wildlife enthusiasts,” the 30-year-old safarigoer said.

“Here he is enjoying an evening nap after a full meal on a hot summer evening.”

Shujath said he has been to the reserve many times before, but this was his first time he brought a camera along with him on safari, calling it a “special moment for me.”

Of the thrill encountering such an incredible—and potentially dangerous—specimen, the photographer added, “Personally the nervousness and the excitement will always remain unmatched.”