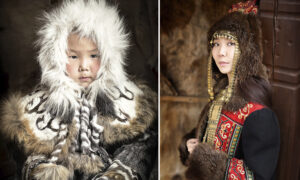 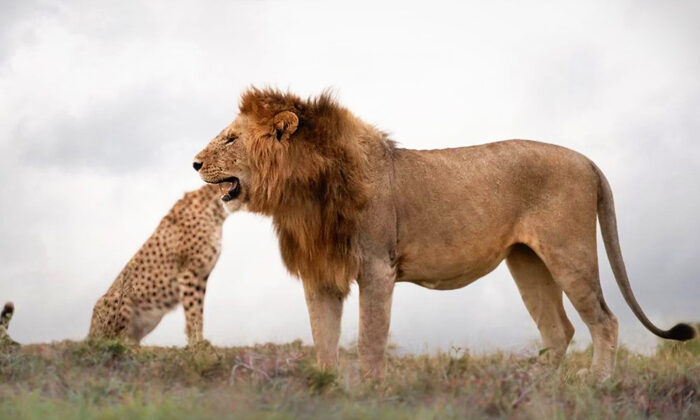 This incredible photograph of a lion has people doing a double-take online. At first glance, in the picture, the lion appears to have swallowed the entire head of another large African feline, a cheetah.

However, upon second glance, you can see that the image is actually an incredible optical illusion—incredible enough to have caused a stir on Instagram.

Wildlife photographer Saeed Aljafar captured the lucky shot at Masai Mara National Reserve in Kenya. The 583-square-mile reserve is home to between 850 and 900 lions, as well as elephants, hippos, zebras, and yes—cheetahs too.

On Jan. 20, Aljafar posted the photo to Instagram, describing the encounter in the caption.

“Cheetahs entered the lion’s territory in the late evening,” he wrote. “The male lion started pursuing them, attempting to get them out. While one of the cheetahs was sitting in the skyline, the lion remained to rest, and it appeared as though the head of the cheetah was inside the lion’s mouth.”

The photographer, who has captured plenty of wild cats on camera throughout his 28-year career, captured the optical illusion with an 800-millimeter f/5.6 lens on his Nikon D5.

He was lucky to be in the right place at the right time, but it isn’t uncommon to see lions and cheetahs near each other in the wild. Science Magazine reports that the two species coexist in the savannas of Africa, and cheetahs navigate dangerous lion territory with an incredible aptitude for staying safe.

In fact, scientists recently determined that while lions easily pick off wild dog populations, cheetahs do not face the same population declines when they live in proximity to a lion’s pride.

Experts surmise that this is due to the solitary nature of cheetahs; they simply do not attract as much attention as a pack of wild dogs.

This delicate dynamic is certainly present at Masai Mara National Reserve. From Aljafar’s observations, it was clear that the lions didn’t want the cheetah in their territory, and the cheetah knew better than to press the matter.

According to the reserve, some of the other animals in the park are buffalo, Nile crocodiles, leopards, rhinos, and wildebeests.

Just adjacent to Serengeti National Park, the reserve has been a sanctuary for Kenya’s wildlife for nearly 60 years. Two rivers, the Maasai Mara and Talek, run through the park, providing water to both the wildlife and the savanna grasslands that are vital to the animals’ survival.

Masai Mara National Reserve is a popular destination for safari-goers and tourists who want to witness herd migrations.

Chances are, any visitor can spot some amazing wildlife specimens on the reserve, though it may be far less likely anyone will capture such an astounding spectacle as this photographer did any time soon.