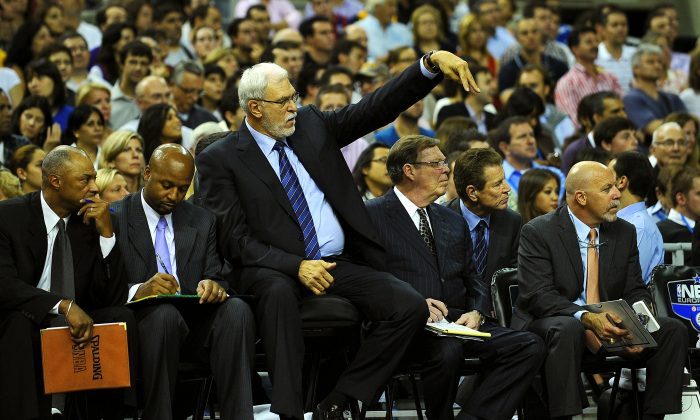 Phil Jackson Seattle: Retired Hall-of-Fame coach Phil Jackson said he was interested in a front-office job with the Seattle group.

“I had communication with the guy that’s trying to make this move,” Jackson said on the Tonight Show, referencing Chris Hansen, the ringleader of the Seattle bid, according to Lindys Sports. “It was serious talk. I thought he was a really good guy for the league.”

But the move Jackson talked about didn’t happen. The Seattle group failed in trying to move the Sacramento Kings, and Jackson says he won’t be doing the job he was interested in in Sacramento.

Jackson has been rumored to be linked with the New Jersey Nets, and several other teams. He’s best known for leading the Los Angeles Lakers and Chicago Bulls to 11 titles.

Jackson will be occupied with promoting his book “Eleven Rings,” doing “media rounds” in multiple cities to promote it, according to 4029 TV.