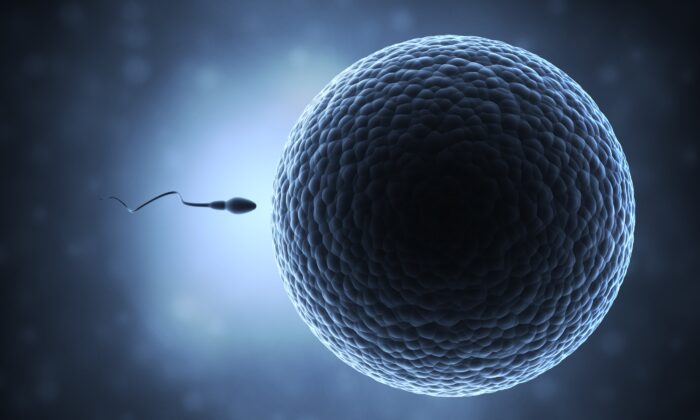 A new peer-reviewed study published in the journal Andrology on June 17 vindicates another dark suspicion about COVID-19 vaccines: They harm male fertility. Specifically, researchers find declining sperm counts for up to five months after the second dose of Pfizer’s mRNA COVID-19 jab.

Previously, any legitimate questions about COVID-19 vaccination affecting fertility were dismissed using the perverse rhetoric of “there’s no evidence” (it’s dependent upon the advocates of a universally distributed medical product to prove it’s safe, not the other way around). Then, there was a published study that seemingly disproved any male fertility concerns.

“We now have evidence that should reassure you that the risk of immunization compromising your sperm count is extremely low,” Dr. David Cohen, a reproduction expert, told CNN.

“Because the vaccines contain mRNA and not the live virus, it is unlikely that the vaccine would affect sperm parameters,” stated study author Dr. Ranjith Ramasamy, director of the Reproductive Urology Fellowship program at the University of Miami.

After the publication of the study and positive support from the scientific community, all male fertility concerns were brushed aside. Anyone who dared to question the parameters of the study or the longer-term effects was relegated to a conspiracy theorist. As someone who generally doesn’t like to engage in speculation, I wasn’t one of these people—but I vividly recall it happening.

There was one severe limitation of the study: It only looked at sperm counts before the first dose and 70 days after the second. What happens after two months remained a mystery, but a mystery not worth worrying about, we were told.

The new study published in Andrology tested beyond 70 days and tested sperm counts from men who donated sperm to three fertility clinics in Israel. The study had four phases: a pre-vaccination baseline control, and a short-term (15–45 days), intermediate (75–120 days), and long-term (>150 days) test.

In the first phase (15–45 days), no significant change in sperm concentration or motility was found.

However, the intermediate evaluation (75–120 days) showed a temporary 15.4 percent sperm concentration decrease, which led to a total motile count (TMC) reduction of 22.1 percent compared to the pre-vaccination baseline control. The study authors concluded that the immune response induced by the Pfizer vaccine “is a reasonable cause for transient semen concentration and TMC decline.”

This study isn’t without its limitations. There was no control group of unvaccinated sperm donors to compare to. Moreover, only relative reduction rates were given rather than absolute sperm counts. If the broader data paints an even darker picture, it’s possible it was obscured given the tremendous amount of public and institutional pressure to support the unchallengeable holy biotechnology (see the backlash Dr. Tracy Beth Hoeg and colleagues faced for publishing the vaccine myocarditis studies).

The biggest unanswered question from this study is the reproductive side effects associated with a booster shot. Study participants were given a third dose, but data collection ended after the second shot. Moreover, this data is only for the Pfizer vaccine. As we’ve seen with myocarditis, the Moderna vaccine has severalfold (approximately 3 to 5 times) higher rates of myocarditis compared to Pfizer. If the differential vaccine damage for myocarditis in any way aligns with sperm count impairment, this would be a medical disaster.

Vaccine fanatics have always dismissed concerns as “conspiracy theory.” That vaccines are wildly ineffective at preventing transmission was once a conspiracy theory. Former New York Times reporter Alex Berenson was kicked off Twitter for making this claim, alongside other “misinformation.”

Robust evidence showing vaccines cause an unacceptably high rate of myocarditis in men has also been bizarrely challenged, ignored, and distorted (see Dr. Sanjay Gupta on The Joe Rogan Experience).

Being concerned with “long-term side effects” was treated like speculating whether the Earth is flat.

Vaccine advocates made the grave mistake of overconfidently assuming the unknowns were completely benign, and any consideration otherwise was blasphemous.

Science isn’t religious scripture—it’s an ever-evolving process. With the new data in, responsible scientists must acknowledge this risk and compare it with the potential benefits of vaccination (against severe disease and death). And accordingly, the one-size-fits-all “everyone 5 and up should get boosted” propaganda campaign must be scrapped in favor of age-specific, individualized decision-making.

A 30-year-old male looking to start a family may be reasonably discouraged from getting vaccinated (or now getting a booster) given the new data; meanwhile, a frail 75-year-old man with multiple comorbidities would much rather be protected from the potentially lethal consequences of COVID-19.

The question is, will the public health authorities and top epidemiologists re-evaluate their universal vaccine advisory and honestly discuss the risks?

If not, I may contend “science is dead” with Nietzschean zeal.

Rav Arora
Rav Arora is an independent journalist based in Vancouver, Canada. He has appeared on The Ben Shapiro Show, Jordan B. Peterson Podcast, The Hill, and other programs. His Substack newsletter on mental health, spirituality, and vaccine side effects is “Noble Truths with Rav Arora.” Follow him on Twitter at @ravarora1