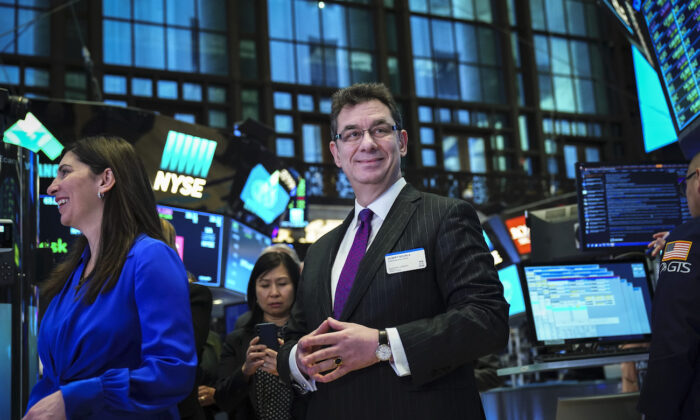 Pfizer CEO Albert Bourla told French news outlets in recent interviews that, while he expects COVID-19 to continue to circulate for many years, he thinks future waves won’t be beset by major restrictions while predicting life will return to “normal” around springtime.

Bourla told French news outlet Le Figaro in an interview published Jan. 16 that he expects a “return to normal life” at some point in spring of this year, with the caveat that the dynamics of COVID-19 mutations and spread cloud the accuracy of any predictions.

The Pfizer chief credited developments in COVID-19 testing, vaccines, and therapeutics for his optimistic outlook, telling BFM TV in a separate interview that he expects the current Omicron-driven wave to be the “last with so many restrictions.”

At the same time, Bourla predicted that COVID-19 would continue to circulate for many years to come.

“This is a virus that has spread all over the world so it is very difficult to get rid of,” Bourla told BFM TV.

Bourla also said Pfizer was planning to invest over half a billion dollars in France over the next five years to boost global production of its COVID-19 pill Paxlovid, which obtained emergency approval in the United States in December.

The investment will pertain to the production of active pharmaceutical ingredient (API) for Paxlovid at a plant run by French pharmaceutical group Novasep, which announced on Jan. 17 it had signed a letter of intent with Pfizer to bolster the drugmaker’s global supply chain of the pill.

“We are honored by this renewed proof of confidence, Pfizer being a long-time customer of Novasep and we are of course proud to contribute to the manufacturing of this medicine which has shown in clinical trials to have a positive impact on hospitalization among at-risk COVID-19 patients,” Novasep CEO Dr. Michel Spagnol said in a statement.

Clinical trials have shown Paxlovid to be nearly 90 percent effective in preventing hospitalizations and deaths in patients at high risk of severe illness.

Novasep said it expects its facility in Mourenx, France, will be incorporated into Pfizer’s growing manufacturing network of suppliers by the third quarter of 2022, bringing the total global supply of Paxlovid up to 120 million patient packets by the end of the year.

Other sites in Ireland and Italy are part of Pfizer’s manufacturing network for the pill.