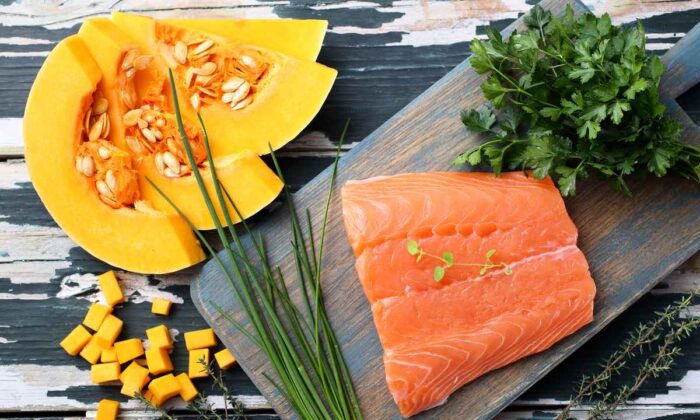 Bad cholesterol builds up on the walls of blood vessels, causing them to narrow and harden, reducing the oxygen supply to the heart. Some foods can prevent hypoxia. (Shutterstock)
HK Life

During the covid epidemic, some people test themselves with a blood oxygen machine. However, even with a constant blood oxygen concentration of over 99 percent; some people have still been diagnosed as having “heart hypoxia” when they go for a health check.

People are breathing 24 hours a day, how can there be a lack of oxygen? Why is that? What are the warning signs of heart hypoxia?

Liu Jhong-ping, a cardiologist and the Director of Yu Ping Clinic in Taiwan, said there are three conditions that can cause hypoxia:

Examples are drowning, choking on food, or low blood oxygen due to COVID-19 or other lung diseases.

Liu Jhong-ping pointed out that this condition causes hypoxia in the whole body. When patients use their fingers to test their blood concentration level with the blood oxygen machine, this decrease in oxygen concentration level can often be detected.

If the blood supply to individual organs is insufficient, local hypoxia may occur. For example, when the heart does not get enough oxygen, heart hypoxia may result.

Liu Jhong-ping pointed out that most hypoxia, including cardiac hypoxia, is local hypoxia, which cannot be measured by a blood oxygen machine.

Other cases of local hypoxia include necrosis due to accidents causing a limb to be crushed by a heavy object, or people tying rubber bands to their fingers which causes their fingers to turn black due to restricted blood flow.

Cardiac hypoxia can be called hypoxic lesions or ischemic heart disease, and the most important cause is the blockage of coronary arteries in the heart. The occurrence of hypoxia can be divided into chronic and acute:

Acute hypoxia occurs when acute platelet aggregation occurs in blood vessels, resulting in thrombus obstruction. Myocardial infarction belongs to this category. The attack comes quickly and violently, and people often fall down quickly. Myocardial infarction can occur because the walls of the blood vessels are weak, or when a blood clot suddenly occurs because of fatigue or not drinking enough water for the day.

The main reason is poor blood supply, and another reason is related to anemia. Liu Jhong-ping said that in clinical diagnosis, the patient’s hemoglobin level is often examined at the same time.

Because of high cholesterol levels and smoking habits, the blood vessels of many people have become more and more narrow, and they are prone to experience shortness of breath and chest pain while walking. However, most people tend to think of it as a trivial matter and forget about it when the symptoms go away. Liu Jhong-ping pointed out that if the patient does not receive treatment promptly, the heart can remain hypoxic for a long time, and the following conditions may occur: movements becoming weaker and weaker, severe arrhythmia, heart failure, and myocardial infarction.

Chronic hypoxia can also become acute, causing myocardial infarction. Therefore, if anyone has symptoms such as easy wheezing and chest tightness, it is recommended that they go to the hospital to receive a proper check-up on their heart conditions, rather than just relying on measurements taken from the blood oxygen machine, let alone ignoring the symptoms altogether.

Cardiac hypoxia is more common in patients between the ages of 45 and 65 both male and female. This condition is mostly caused by vascular stenosis and sclerosis, which are related to aging, cholesterol level, and smoking. “If a person starts smoking and eating high-fat and high-sugar food from a young age, toxic substances would have built up for more than 20 years at this age. Once the person is over 40 years old, heart conditions are more prone to occur, and this possibility reaches the peak after the age of 45,” said Liu Jhong-ping.

To prevent heart hypoxia, avoid smoking, reduce consumption of high-fat and high-sugar foods, exercise more, and avoid overwork. At the same time, eat foods that are good for blood vessels and blood cells:

Water-soluble dietary fiber can reduce the absorption of cholesterol in the intestinal tract and expel the bad cholesterol. It prevents blood vessels from becoming narrow, allows blood to flow smoothly throughout the body, and prevents local hypoxia.

Fish is a good source of high-quality protein and polyunsaturated fatty acid Omega-3, which is good for blood vessels and red blood cells.

Protein helps in the production of red blood cells, and Omega-3 has the effect of preventing atherosclerosis because Omega-3 helps to remove fat from the blood vessels and stabilize atherosclerotic plaque.

An epidemiological survey in Greenland shows that the incidence of ischemic heart disease in Greenlanders is rare, and it is related to their omega-3-rich diet.

These two types of vegetables contain organosulfur compounds which allow blood to flow smoothly in the arteries and prevent chronic hypoxia.

Studies have shown that organosulfur compounds can reduce cholesterol synthesis in liver cells and therefore inhibit platelet aggregation. If platelets are allowed to aggregate easily, narrowing of blood vessels is more likely to occur.

Meat, fish, and shellfish are ideal iron-supplementing foods with high iron content. This is because the human body’s absorption rate and utilization rate of animal iron is higher than those of plant iron.

In addition, eating iron-rich foods together with vegetables and fruits which contain vitamin C can improve the absorption of iron.

Fruits and vegetables rich in vitamin C are guavas, papaya, grapefruit, strawberry, kiwi, orange, and tomato, amongst others.

An egg is a relatively nutrient-dense food that contains the nutrients needed to prevent anemia and to produce heme and red blood cells: protein, vitamin B6, vitamin B12, folic acid, copper, iron, and vitamin D plus others.

By developing a habit of eating balanced diets, one can naturally absorb these nutrients. Liu Jhong-ping shared that after taking medicine, developing good eating habits, and exercising properly, his patients generally show an improvement in their heart hypoxia conditions.