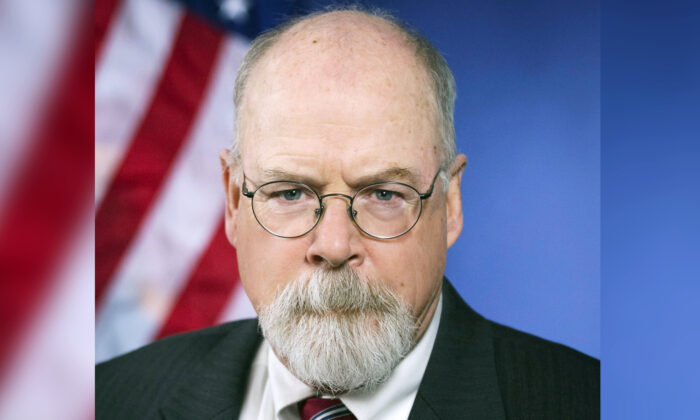 Sen. Ted Cruz (R-Texas) said on Feb. 20 that Republicans and former President Donald Trump will ultimately be proven correct regarding their repeated claims that Obama administration officials spied on Trump.

“You and I both remember when President Trump said ‘the Democrats are spying on me,'” Cruz told host Bill Hemmer on “Fox News Sunday.” “And the corporate media collectively laughed at him. They mocked him. They said what a ridiculous claim for him to make. Well, if what special counsel [John] Durham is alleging is true, what Donald Trump said was absolutely right.”

Cruz was responding to questions relating to recent court filings made by Durham in the case against Michael Sussmann, a former Clinton campaign and Democratic National Committee attorney who was charged in 2021 with making false statements to the FBI when he met with then-General Counsel James Baker in late 2016.

A motion filed earlier in February by Durham and his team connected Sussmann to a technology executive who was allegedly gathering information from servers connected to Trump’s residences and his office when he was president.

Republicans and Trump said the filing suggests that the Democrats and former intelligence officials were spying on Trump. The former commander-in-chief also said the court documents vindicated his longtime claims that he was the subject of a widespread and unfair witch hunt designed to weaken his presidency and reelection campaign.

Durham’s latest allegations are “deeply disturbing” and warrant further investigation, according to Cruz.

“If this is true, it’s a lot bigger than Watergate,” he said, referring to the scandal that ensnared President Richard Nixon before his ultimate resignation from office. “That was a bungled third-rate burglary. It was wrong. People went to jail for Watergate, and people need to go to jail for this if these allegations are true.”

Sussmann’s attorneys filed a motion on Feb. 17 that accused Durham of attempting to create negative sentiment among the public with the court filings, which they said contained “false allegations.” They filed a motion late last week to dismiss Durham’s indictment, which the special prosecutor rejected in a court filing that was filed in response to Sussmann’s.

In response to Durham’s motion and Republicans’ claims, Hillary Clinton wrote on Twitter that “Trump and Fox” are trying to intentionally distort the court filing to create a “fake scandal to distract from his real ones.” In a public event several days later, Clinton also suggested that she might file a defamation lawsuit against Fox News.