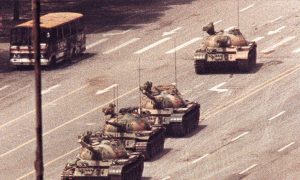 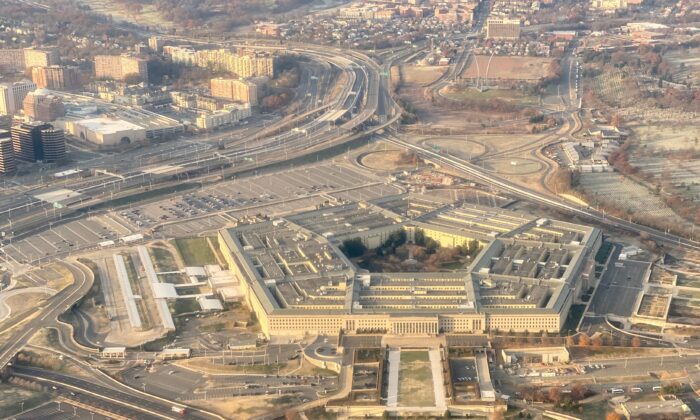 The Pentagon, the headquarters of the Department of Defense, located in Arlington County, across the Potomac River from Washington, is seen from the air on Dec. 8, 2019. (Daniel Slim/AFP via Getty Images)
US News

The Department of Defense (DoD) announced Tuesday it won’t go through with a multibillion-dollar cloud computing project that was awarded to Microsoft.

The agency said it canceled the Joint Enterprise Defense Infrastructure (JEDI) project and now had initiated the termination of its contract with Microsoft.

“The Department has determined that, due to evolving requirements, increased cloud conversancy, and industry advances, the JEDI Cloud contract no longer meets its needs,” the Pentagon statement said. “The Department continues to have unmet cloud capability gaps for enterprise-wide, commercial cloud services at all three classification levels that work at the tactical edge.”

“At scale,” it added, “these needs have only advanced in recent years with efforts such as Joint All Domain Command and Control (JADC2) and the Artificial Intelligence and Data Acceleration (ADA) initiative.”

The JEDI cloud computing project was the subject of a legal battle between Amazon and Microsoft, and now, the DoD will try to solicit proposals from the two tech giants.

Amazon, which was seen as a front-runner to win the project, has argued the contract process reflected undue influence from former President Donald Trump. A U.S. Court of Federal Claims judge in April refused to dismiss Amazon’s claims.

But the Pentagon’s inspector general issued a report saying that the award did not appear to be influenced by Trump.

“JEDI was developed at a time when the Department’s needs were different and both the CSPs technology and our cloud conversancy was less mature,” said DoD Chief Information Officer John Sherman in the statement. “In light of new initiatives like JADC2 and AI and Data Acceleration (ADA), the evolution of the cloud ecosystem within DoD, and changes in user requirements to leverage multiple cloud environments to execute mission, our landscape has advanced and a new way-ahead is warranted to achieve dominance in both traditional and non-traditional warfighting domains.”

Microsoft responded to the announcement in a statement on Tuesday saying the firm was confident it will “continue to be successful as the DoD selects partners for new work.”

Sherman told Reuters that Microsoft could submit a termination bid to recover costs of the scrapped project.

But the Redmond, Washington-based firm added that the Pentagon’s decision “doesn’t change the fact that not once, but twice, after careful review by professional procurement staff, the DoD decided that Microsoft and our technology best met their needs.”

“It doesn’t change the DoD Inspector General’s finding that there was no evidence of interference in the procurement process. And it doesn’t change the fact that the DoD and other federal agencies—indeed, large enterprises worldwide—select Microsoft to support their cloud computing and digital transformation needs on a regular basis,” the statement added.