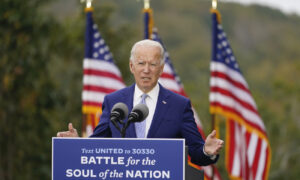 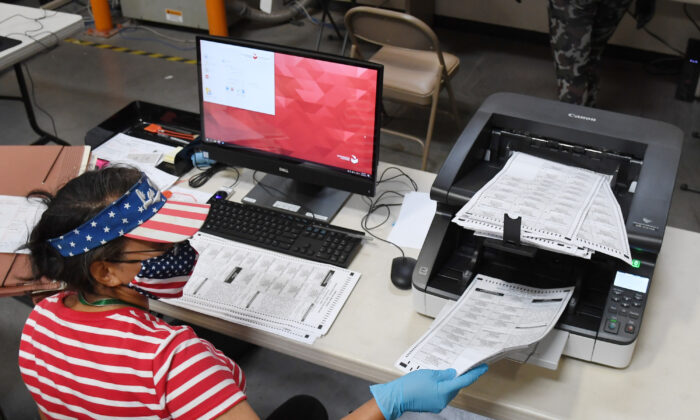 Pennsylvania’s secretary of state, who is the top election official there, said it could take several days for all of the state’s ballots to be counted after the Nov. 3 election.

Kathy Boockvar, a Democrat, told “Meet the Press” on Nov. 1 that 2.4 million Pennsylvanians have already voted via mail, estimating that 10 times as many mail-in ballots are being sent in than in 2016.

“I expect that the overwhelming majority of ballots in Pennsylvania, that’s mail-in and absentee ballots, as well as in-person ballots, will be counted within a matter of days,” she said. “The counties are staffing up, have a ton of equipment, best practices in place, and are planning, for the most part, to count 24/7 until it’s done.”

Boockvar, in an attempt to assuage voters, added in the interview that “elections have never been called on Election Night,” noting that overseas and military ballots come in “until a full week” after Election Day in prior elections.

“I just want to set that straight, that this is a process, and we want to make sure that every single vote of every valid voter is securely and accurately counted,” she said.

Republicans in the state, as well as President Donald Trump’s campaign, have tried to challenge Pennsylvania’s extended voting deadline to the Supreme Court. The nation’s highest court last week rejected a GOP request to fast-track the case.

Mail-in ballots will be counted if they’re postmarked by Election Day and received by 5 p.m. on Nov. 6, Boockvar said.

On-the-ground security concerns are also of concern at polls, she said.

“The National Guard is going to be ready, if they’re needed. And all the partners, both at the state, federal, and local level, are going to be there, should we be needed,” she told The Wall Street Journal, referring to any potential voter intimidation. She said that people can exercise their right to free speech but need to “stay away and not obstruct voters,” she said.

But “there’s not been anything reported that’s been of immediate concern.”

The vote-by-mail trend has drawn the ire of President Donald Trump, who has frequently called on his supporters to vote at the polls in person.