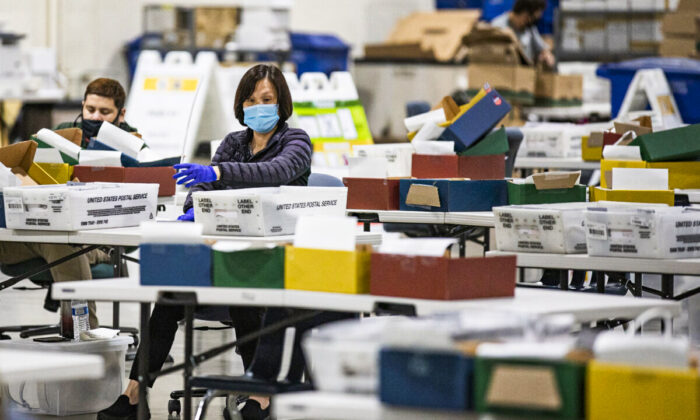 A Pennsylvania state court on Wednesday delivered another blow to the state’s universal mail-in ballot law by issuing an order that a previous ruling rendering the law null can take effect starting in March.

Commonwealth Court Judge Mary Hannah Leavitt previously wrote in late January that the law violated the state Constitution. On Wednesday, Leavitt said Republicans who challenged the law are likely to prevail when the state Supreme Court hears the case next month.

The judge also wrote that an appeal by Democratic Gov. Tom Wolf’s administration assumes the higher court will overrule decisions that were rendered in 1862 and 1924, which would invalidate laws passed to expand absentee voting. Administration lawyers did not identify an error in those decisions, Leavitt added.

The state Supreme Court scheduled the case for oral arguments on March 8. The Commonwealth Court’s Jan. 28 decision to strike down the mail-in voting law can take effect March 15, under Leavitt’s new ruling.

“No-excuse mail-in voting makes the exercise of the franchise more convenient and has been used four times in the history of Pennsylvania,” Leavitt wrote (pdf) in an opinion in late January. “Approximately 1.38 million voters have expressed their interest in voting by mail permanently.”

Following the 2020 election, Republicans have assailed Pennsylvania court decisions, including one that allowed mail-in ballots to be counted up to three days after the election as long as they were postmarked by Election Day. When the court handed down its ruling in January, President Donald Trump praised the decision by saying that a “great patriotic spirit is developing at a level that nobody thought possible” in Pennsylvania.

During January’s court decision, two Commonwealth Court judges elected as Democrats, Michael Wojcik and Ellen Ceisler, dissented against the majority opinion that was penned by Leavitt.

“Thus, the General Assembly is constitutionally empowered to enact Act 77 to provide for qualified and registered electors present in their municipality of residence on an election day to vote by no-excuse mail-in ballot,” Wojcik wrote in his opinion.

The judge continued: “I disagree with the Majority’s faulty premise that the no-excuse mail-in ballot method of voting is merely a subspecies of voting by absentee ballot.”

According to state data, more than 2.6 million people voted by mail in Pennsylvania during the 2020 election.