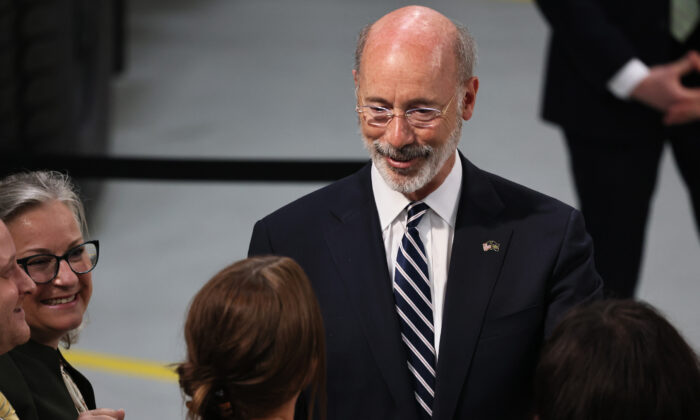 A group of Pennsylvania parents and Republican state lawmakers filed a lawsuit on Sept. 3 challenging the school mask mandate imposed by the administration of Democratic Gov. Tom Wolf and seeking an injunction against the order.

The governor’s spokeswoman dismissed the lawsuit as a Republican “effort at undermining public health.”

“The Secretary of Health’s order subjects healthy, non-infected teachers, children, students, staff, and visitors … to the wearing of face coverings,” the lawsuit states.

The parents assert that they will send their children to school without masks since Beam’s order is illegal.

Beam’s executive order (pdf) goes into effect on Sept. 7, the first day of school. Students, teachers, and staff all will be required to wear masks, regardless of vaccination status.

The order allows for masks not to be worn when playing sports or exercising outside. It also allows for exceptions in which a mask “would either cause a medical condition or exacerbate an existing one, including respiratory issues that impede breathing, a mental health condition or a disability.”

In Missouri, the state’s attorney general sued to declare mask mandates unlawful, citing, among other evidence, studies that show that masks impair learning, cause headaches, lead to lowered happiness, and hinder verbal and non-verbal communication, and other negative effects.