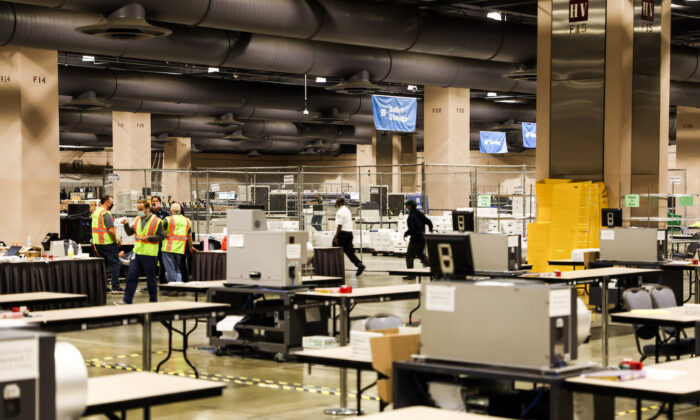 Pennsylvania’s House speaker and majority leader on Thursday filed an amici curiae brief with the Supreme Court against the state of Pennsylvania and in favor of Texas’s lawsuit against the commonwealth and three other states.

A brief (pdf) filed by Pennsylvania House Speaker Bryan Cutler and Majority Leader Kerry Benninghoff, both Republicans, requests that the Supreme Court “carefully consider the procedural issues and questions raised by the Plaintiff concerning the administration of the 2020 General Election in Pennsylvania.”

“The unimpeachability of our elections requires clear procedures of administration so that everyone gets a fair shake. Unfortunately, outside actors have so markedly twisted and gerrymandered the Commonwealth’s Election Code to the point that amici find it unrecognizable from the laws that they enacted,” they wrote, adding that the state of Texas “raised important questions about how this procedural malfeasance affected the 2020 General Election.”

Filed on Monday night, the lawsuit is requesting the Supreme Court to declare the four states carried out their respective elections in violation of the U.S. Constitution.

“The states violated statutes enacted by their duly elected legislatures, thereby violating the Constitution. By ignoring both state and federal law, these states have not only tainted the integrity of their own citizens’ vote, but of Texas and every other state that held lawful elections,” Paxton said in a statement announcing the legal petition.

Cutler and Benninghoff, in support of Paxton’s lawsuit, further stipulated that “under the pretextual guise of COVID-19, special interests began attempting to use Pennsylvania courts” to carry out “election procedures of their own choosing,” citing mail-in ballot extensions implemented by Kathy Boockvar, the Pennsylvania secretary of state.

Also on Thursday, Pennsylvania Attorney General Josh Shapiro filed a brief with the court, arguing that Paxton’s assertions are frivolous and an attempt to “disenfranchise voters” in the commonwealth.

“Its request for this Court to exercise its original jurisdiction and then anoint Texas’s preferred candidate for President is legally indefensible and is an [affront] to principles of constitutional democracy,” Shapiro’s brief read. He further argued that Texas hasn’t suffered harm “simply because it dislikes the result of the election, and nothing in the text, history, or structure of the Constitution supports Texas’s view that it can dictate the manner in which four other states run their elections.”