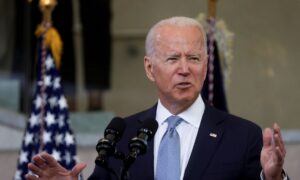 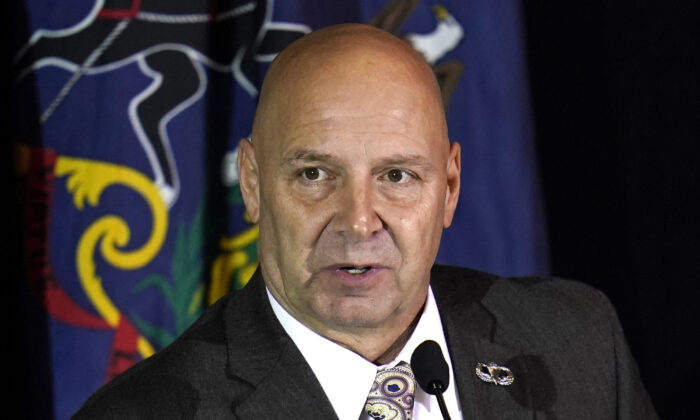 A county in Pennsylvania formally declined on Thursday to let a state Senate panel access its election machines or related information unless the chamber provides money for new machines.

Pennsylvania Sen. Doug Mastriano, a Republican, was told by commissioners in Tioga County that they were worried about the machines being decertified.

Pennsylvania’s top election official earlier this month decertified the voting system used in Fulton County after an outside company accessed it to perform an assessment following the 2020 election.

“We are therefore refusing to cooperate with your effort to audit the machines,” Tioga County solicitor Christopher Gabriel told Mastriano in a letter on behalf of the county commissioners.

Mastriano initiated a forensic probe of the 2020 and 2021 elections in early July by sending requests for materials like ballots, and granting access to machines, to Tioga, York, and Philadelphia counties.

Tioga County earlier indicated their inclination not to cooperate with the probe, but formally stated their position in the new letter.

Tioga County has conveyed to their senator, Sen. Cris Dush, a Republican, that they would cooperate with the probe, but only if senators provide them with funding to replace their machines because of the possible decertification.

They would have to have the new machines in place by August 20th at the latest, according to the new missive.

“Provide us with a means through which we can ensure that our voters will be able to vote in the Fall, and we will facilitate access to our existing machines,” Gabriel wrote.

Mastriano did not respond to an early morning request for comment.

He previously told The Epoch Times that he would convene the committee he chairs, the Senate Intergovernmental Operations Committee, and ask them for subpoena power if counties refused to cooperate.

Republicans control the state legislature and thus chair each committee, and have the majority on each panel.

York County officials also recently indicated they would likely not cooperate with Mastriano. They questioned whether his panel has jurisdiction over election matters and told him to consult with the Pennsylvania Senate State Government Committee.

Pennsylvania Sen. Dave Argall, a Republican who chairs the government panel, supports an audit and a spokesman told The Epoch Times in an email that Mastriano’s committee does have jurisdiction over election matters.

Philadelphia County officials have not yet responded to Mastriano’s request, though they criticized Mastriano for repeating “baseless claims” about the 2020 presidential election.

Mastriano noted in his letters that 2.7 million ballots were cast by mail in 2020, compared to 263,000 in 2016. Many of the ballots “were counted at offsite locations with limited outside observation or oversight,” he wrote.

Mastriano also noted that, according to polls, nearly half of Pennsylvania voters doubt the 2020 election results.

While many Republican lawmakers in Pennsylvania support an audit, the Tioga County letter came on the same day state Sen. Dan Laughlin, a Republican, in an op-ed called Mastriano’s efforts an “emerging spectacle” that would “only further the paranoid atmospherics, poisoning both parties.”