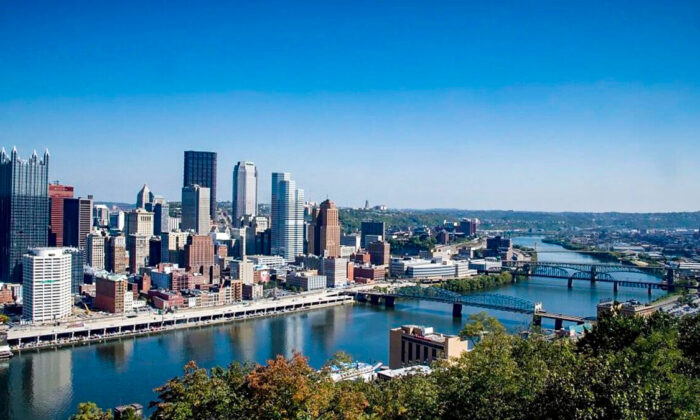 Pennsylvania House Republicans have put a condition on providing funding for four universities: University of Pittsburgh, Penn State University, Temple University, and Lincoln University must certify that they are not engaging in research or experimentation using fetal tissue obtained from elective abortions.

The University of Pittsburgh, commonly known as “Pitt,” attracted criticism in 2021 when the public became aware that the school uses tissue from aborted human babies in its research. A 2020 article in the journal “Nature” detailed, in words and photos, how Pitt researchers grafted scalps of human babies onto the backs of lab rats and mice and grew patches of hair.

There has been no evidence that the other three schools used aborted babies in their research, but they were lumped in with Pitt when the Pennsylvania Senate passed a funding bill to the House covering these four schools.

Pitt’s cut is $151.5 million, a healthy portion of its total $2.6 billion operating budget.

“Last year it was a problem for many of my colleagues, including me, because of what we had heard was being done at the University of Pittsburgh,” state Rep. Jerry Knowles, a Republican, told The Epoch Times. “As a result of that, last year when we talked about it, we were told that OK, we’ve got to work with it and deal with it over the course of the next year.

“Unfortunately, that never happened. So what I did was I introduced [the] amendment.”

The amendment added the requirement that, to get their funding, the schools must certify that they are not using aborted babies from elective abortions for research.

The amendment required a simple majority, and on June 27, it passed in a 108–92 vote, with four Republicans voting against.

Now the amended bill must pass the House with a two-thirds super majority. If it passes, it will go back to the Senate for approval and then on to Democratic Gov. Tom Wolf.

“Even if we get every Republican, we do need some Democrats,” Knowles said. “I’m hoping they are thinking that it’s more important to get money out to the students than it is to sit back and watch baby hair being sewn on the back of rats.”

Knowles stressed that the move has nothing to do with the legality of abortion and is not restricting abortion in any way. There are constituents who do not want tax dollars going to abortion-related activities.

Knowles said he hopes to meet with Wolf to discuss the measure.

“The governor is a decent human being,” Knowles said. “He’s certainly a bright man. I mean, he’s got more degrees than I do fingers. I would love to sit down with him and appeal to his compassion for unborn children.”

Wolf’s office did not respond to The Epoch Times about his intentions.

The University of Pittsburgh’s fiscal year 2022–23 starts July 1, but it cannot set its budget until the state appropriation is finalized.

The school did not respond to questions from The Epoch Times, including whether it would stop the controversial research in order to save the funding. It was also asked to provide examples of what science this research has advanced.

In reports, Pitt has said that all funding it gets from the state goes toward reducing tuition for in-state students, but Knowles is not swayed by that argument.

“My answer to that is, you can give me $50 and I put it in my right pocket. And now I turn around and I take money out of my left pocket and use it to do horrible things. And then I take the money that you gave me from the right pocket, I put it over to the left pocket to fill in for the money that I’ve used on these horrible things,” Knowles said.

“If you are doing gruesome, grisly, inhumane, grotesque—if you’re doing these kinds of experiments on unborn children, you shouldn’t get any money from the people of Pennsylvania,” he said.