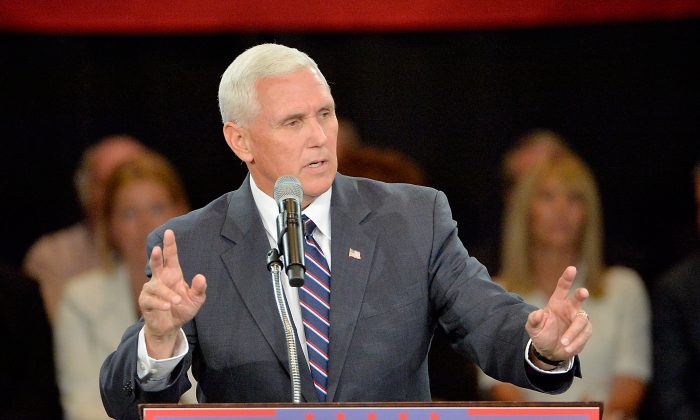 Less than two weeks before the election, Donald Trump’s campaign is sending Vice Presidential nominee Mike Pence to Utah, a state that has voted Republican since 1964.

Pence will visit the state’s capital, Salt Lake City, on Wednesday, October 26 at 3:30—wedged between stops in Reno, Nevada at 11am and Colorado Springs, Colorado at 7pm.

Utah is normally overlooked by both Democratic and Republican candidates because it’s assumed that the state votes Republican. However, the Independent Presidential Candidate Evan McMullin has proven a challenge to Trump in the polls.

McMullin is a former CIA counterterrorism operative and Chief Policy Director for the House Republican Conference in the U.S. House of Representatives, and started his campaign in August.

Due to his late start, McMullin is only on the ballot in 11 states and hasn’t even raised one million dollars. However, the Utah native has been running a campaign that highlights his principled conservatism appealing to Mormons who have been responding unfavorably to Trump’s message.

Trump’s poll numbers has steadily fallen in the state, with an unexpected challenge from McMullin who has been consistently outperforming Hillary Clinton in the state, and in one poll, shown an edge on the Republican candidate.

McMullin leads Republican Donald Trump by four percent and Democrat Hillary Clinton by seven percent—31 percent for McMullin, 27 percent for Trump and 24 percent for Clinton in a recent poll by Emerson college.

To win the state of Utah, it’s imperative that a candidate reaches out and appeals to the over 60 percent of the state’s population that identify as Mormons, and have historically preferred candidates that identify with the religion.

Democrat Harry Reid and Republican Dean Heller—Nevada’s two Senator’s—are Mormon—as is Arizona’s Jeff Flake, who has been one of the most outspoken critics of Trump. GOP nominee from the 2012 presidential race, Mitt Romney, is also a Mormon, and a fierce critic of Trump.

“The reality is that the vast majority of Republican leaders are putting party ahead of principle and putting power over the interests of their own country,” McMullin told George Stephanopoulos in an exclusive interview on ABC’s “This Week.”