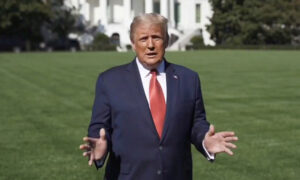 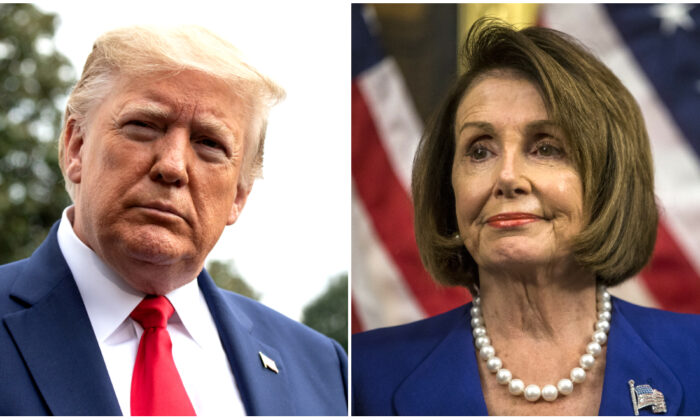 House Speaker Nancy Pelosi (D-Calif.) on Friday announced and unveiled a measure to create a congressional body that would examine President Donald Trump’s or any other president’s fitness for office and possibly invoke the 25th Amendment.

The legislation would create a commission to allow Congress to intervene under the 25th Amendment to the Constitution and remove the president from executive duties—with just 25 days to go before the Nov. 3 election.

“This is not about President Trump; he will face the judgment of the voters,” Pelosi told reporters in a news conference on Friday. “But he shows the need for us to create a process for future presidents.”

The commission would be permanent and would apply to current and future administrations. However, based on Pelosi’s rhetoric, it is a clear shot at Trump, who is being treated for the CCP virus since his diagnosis last week.

“Clearly, he is under medication,” Pelosi later said of Trump, adding that “clearly he is in an altered state.”

When asked about the timing of the bill with just weeks to go before the election, “There has been a call … to execute the 25th Amendment,” but “that’s not what we’re doing.”

“It isn’t about any of us making a decision … it’s not up to us” to invoke the 25th Amendment, she said.

But their proposal has no chance of being enacted, as Congress is on recess and the Senate and White House currently controlled by the GOP. Republicans and Trump have already dismissed it as a political distraction.

“Look, that’s absurd. Absolutely absurd,” said Senate Majority Leader Mitch McConnell (R-Ky.) to The Hill on Thursday. “Again, right here in this last three weeks before the election, I think those kinds of wild comments should be largely discounted.”

Trump, on Twitter, suggested that it was Pelosi, not him, who needs to be examined for fitness in office.

“Crazy Nancy is the one who should be under observation,” he wrote. “They don’t call her Crazy for nothing!”

White House press secretary Kayleigh McEnany told “Fox & Friends” on Friday that “the only one who needs to be looking at the 25th Amendment is Nancy Pelosi herself.” House Minority Leader Kevin McCarthy (R-Calif.) said late Thursday that he would respond to Pelosi’s move.

Ratified in 1967 after the assassination of President John F. Kennedy, the 25th Amendment allows the president to hand over power voluntarily when “he is unable to discharge the powers and duties of his office.” The vice president would then assume control.

In other cases, the vice president can join the majority of the administration’s top cabinet officials or with “such other body as Congress may by law provide” to usurp the president’s powers, according to the amendment. The body has never been created, and Raskin’s bill is the first to do so.

“Additionally, each party selects a retired statesperson (e.g., former Presidents, Vice Presidents, Attorneys and Surgeons General, Secretaries of State, Defense, and Treasury) to serve. The 10 appointed members then select an 11th member, who acts as the Chair of the Commission,” it said.