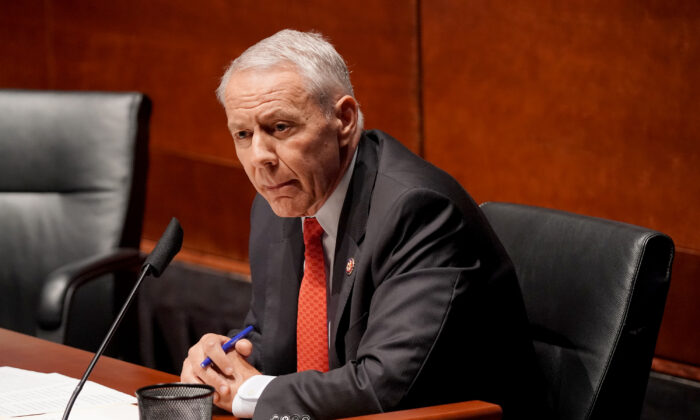 House Speaker Nancy Pelosi’s (D-Calif.) reported planned visit to Taiwan was a welcome development that would help communicate to Beijing that the United States stands with the self-ruled island and any military aggression against the territory will be unacceptable, according to Rep. Ken Buck (R-Colo.)

Pelosi’s plans to visit Taiwan this weekend were the subject of unconfirmed reports by Japanese media before the trip’s postponement due to the speaker’s having tested positive for COVID-19.

The planned trip was met with swift condemnation from Chinese officials, with state-owned media outlet Global Times calling it a “provocation.” Chinese diplomats warned of unspecified “consequences” if Pelosi proceeds to visit the democratic island that Beijing views as its own.

Beijing becomes upset whenever foreign government officials visit Taiwan, as the communist regimes believe these visits would undermine its territorial claim over the self-ruled island.

Buck emphasized the urgency of Chinese Communist Party (CCP) officials understanding the full extent of U.S. support for Taiwan. He said it is important for Beijing to grasp that the fact that the United States has not intervened militarily to counter Russian President Vladimir Putin’s aggression in Ukraine does not mean that Washington will sit back and allow Chinese forces to overrun and subjugate Taiwan.

“They are a close all of ours, they’re a close trading partner of ours, and we will not stand for any time of aggression towards Taiwan,” Buck told the “Capitol Report” program on NTD, an affiliate of The Epoch Times, on April 7.

“I am very happy that the speaker is taking this action. I think that it’s a critical time. The CCP thinks that the world has been distracted by what’s going on in Ukraine, and they might well make a decision that would be really catastrophic in terms of world stability at this point,” he added.

Buck also stressed the urgency of ensuring that Taiwan has abundant military resources with which to defend herself, and called for a stepped-up U.S. commitment of weapons and technology. As it stands now, numerous types of missiles, torpedoes, aircraft, and communications systems pledged to Taiwan still have not reached the territory.

The lawmaker said that maintaining some trade relations with Beijing may still be a good idea for the time being because of the leverage that china’s trade status can provide to U.S. officials when dealing with Beijing and seeking to curb aggressive CCP actions and behavior.