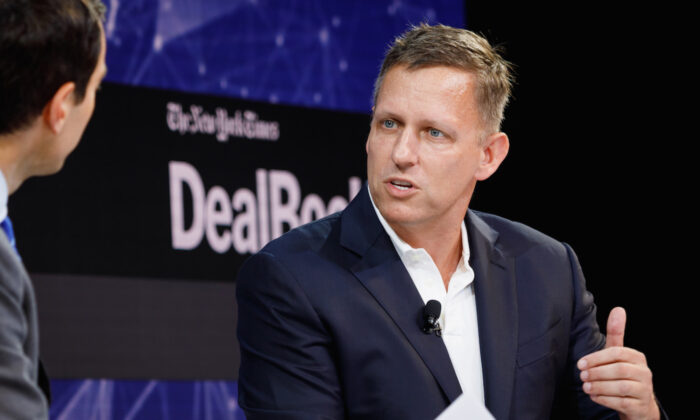 Billionaire tech entrepreneur Peter Thiel is resigning from the board of Facebook’s parent company Meta later this year, the company announced on Monday.

Thiel, a co-founder of online payments system PayPal, was one of the earliest investors in Facebook and joined the company board in April 2005.

He became a Facebook investor in 2004 when he provided $500,000 in capital at a $5 million valuation for a 10 percent stake in the company and a seat on its board of directors.

Meta said Monday that Thiel will not stand for re-election but will serve as a director until the company’s annual shareholder meeting.

Thiel aims to spend time helping elect candidates who he believes will advance former President Donald Trump’s agenda in the U.S. midterms this year, a person familiar with the situation said.

“Peter has been a valuable member of our board and I’m deeply grateful for everything he has done for our company — from believing in us when few others would, to teaching me so many lessons about business, economics, and the world,” Mark Zuckerberg, Meta founder, and CEO, said in a statement.

Thiel said in a statement announcing his departure from the board that it has been a “privilege” to work with “one of the great entrepreneurs of our time.”

“Mark Zuckerberg’s intelligence, energy, and conscientiousness are tremendous. His talents will serve Meta well as he leads the company into a new era,” Thiel added.

The announcement comes as Meta’s shares have fallen sharply over concerns that privacy changes to Apple products were making it harder for advertisers to see how their ads work on Facebook. The stock fell 5.1 percent on Monday, and has lost a third of its value this year, but is still worth more than $600 billion.

Thiel plans in particular to help Blake Masters, a Republican candidate hoping to unseat Sen. Mark Kelly (D-Ariz.), the person familiar with the situation said. He was also backing J.D. Vance, author of the best-selling memoir “Hillbilly Elegy” and a Republican Senate candidate in Ohio, the person said.

Thiel has donated to dozens of American figures on the political right, including Trump. Thiel was one of the California delegates for Trump’s nomination. He announced a $1.25 million donation to Trump in October 2016 and was subsequently named to the executive committee on Trump’s transition team.