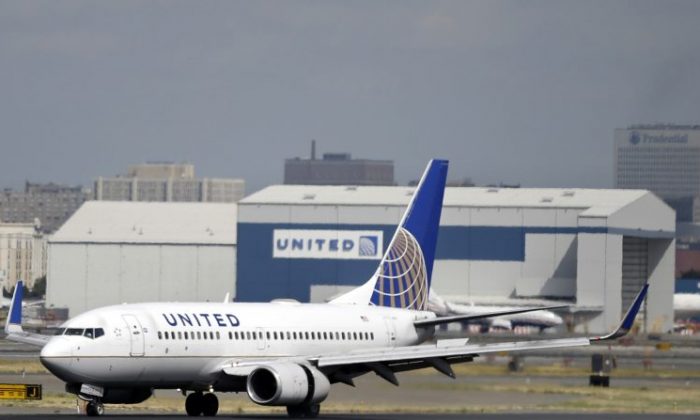 Passengers on a United Express flight were shocked this week when a woman tried to open the cabin door while the airplane was cruising high in the sky.

The woman, who has not been identified, was restrained after she rushed to the door and tried to open it.

At least one passenger assisted crew members in tying the woman’s arms and legs after she created the disturbance.

United Express Flight 5449, operated by SkyWest, was traveling from San Francisco to Boise.

The woman is from Boise, reported CBS.

The plane ultimately landed safely and the woman was taken for medical evaluation.

A representative for the Boise Police Department said a local prosecutor will look at the police report and decide if any charges will be filed. The FBI may also review the case.

The flight had 73 passengers on board.

It’s impossible to open a door in the pressurized cabin of a plane in the air, according to experts.

“You cannot—repeat, cannot—open the doors or emergency hatches of an airplane in flight. You can’t open them for the simple reason that cabin pressure won’t allow it. Think of an aircraft door as a drain plug, fixed in place by the interior pressure. Almost all aircraft exits open inward. Some retract upward into the ceiling; others swing outward; but they open inward first, and not even the most musclebound human will overcome the force holding them shut,” according to Patrick Smith of Ask the Pilot.

“At a typical cruising altitude, up to eight pounds of pressure are pushing against every square inch of interior fuselage. That’s over eleven hundred pounds against each square foot of door. Even at low altitudes, where cabin pressure levels are much less, a meager 2 p.s.i. differential is still more than anyone can displace—even after six cups of coffee and the aggravation that comes with sitting behind a shrieking baby. The doors are further held secure by a series of electrical and/or mechanical latches.”