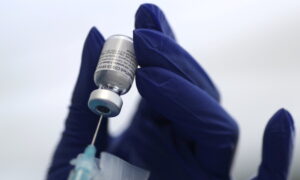 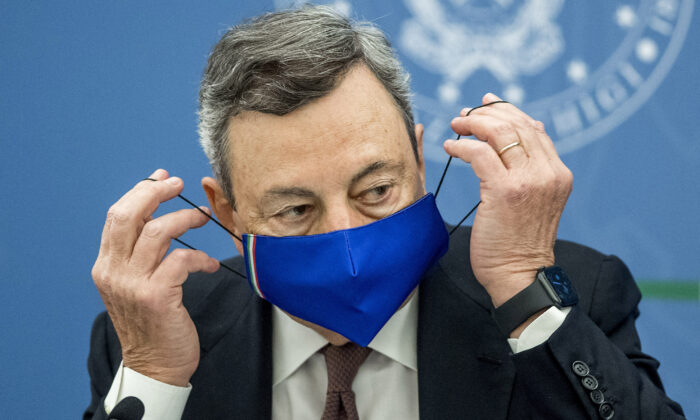 A growing number of European countries are pushing the use of COVID-19 status certificates or vaccine passports, saying it’s to control the spread of the Delta variant of the CCP (Chinese Communist Party) virus.

Italy on Thursday followed in the footsteps of France, announcing that proof of vaccination or immunity would shortly be mandatory for an array of activities, including indoor dining and entering places such as gyms, pools, museums, and cinemas.

Greece made a vaccination certificate mandatory for anyone to be allowed into indoor restaurants and bars last week, while dozens of Portuguese municipalities introduced weekend curbs for inside dining in early July.

“The Delta variant is even more of a threat than the other variants,” Italian Prime Minister Mario Draghi told reporters, defending his decision to make the so-called Green Pass obligatory to participate in much of public life.

Draghi said the Green Pass is a “necessary condition” of not shutting down the economy again.

Regional governors in Italy said there was a marked pick-up in bookings after Draghi spoke late on Thursday.

“I think the prime minister has achieved what he wanted to achieve,” said Giovanni Toti, head of the northwestern Liguria region.

In the week after French President Emmanuel Macron’s July 12 announcement of the bolstered health pass, a record 3.7 million French citizens signed up for vaccination, according to the Doctolib health website.

Other European countries are also slowly tightening the screws, to a greater or lesser extent.

Hungary on Friday made vaccinations mandatory for healthcare workers, while Malta this month became the first country in the European Union to ban any visitor over the age of 12 from entering unless fully vaccinated.

After initially ruling out health passports for domestic use, British Prime Minister Boris Johnson said on Monday that English nightclubs and other venues with large crowds would require proof of full vaccination from the end of September, and negative tests will no longer be accepted.

Official figures suggest the CCP vaccines have weakened the link between infections and hospitalizations and deaths, and medicines regulators in the UK and around the world have maintained that the benefit of the CCP virus vaccines outweigh the risks it may bring, but the coercive move has raised concerns that it would undermine trust in the vaccination program.

Germany, which has one of the lowest death rates per capita on the continent, has rejected compulsory vaccinations, saying this would undermine public trust in the inoculation campaign.

Instead, it seeking to persuade the skeptics and undecided by making it as easy as possible to get a jab, for instance by offering appointment-free shots in vaccination centers and sending mobile teams to rural areas.

Moscow this week had to drop its ban on people entering cafes, restaurants, and bars without a health pass after owners complained it was killing business.

Meanwhile, anger over the new COVID rules in France has sparked nationwide protests, with 100,000 people taking to the streets last weekend, accusing the government of overreach.

“I’m not here because I’m against the vaccine. I’m here to defend our freedoms. We cannot be forced to get vaccinated,” Mohamed Boukifa, a 40-year-old baker, told Reuters at a mid-week demonstration in Paris.