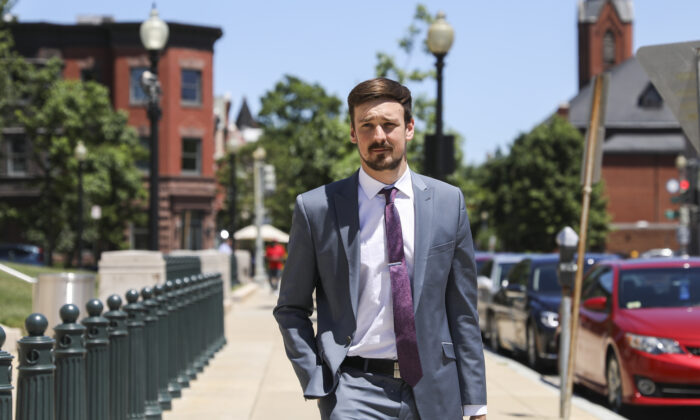 Parler CEO ‘Confident’ Platform Will Return by End of January

De-platformed social media website Parler may return by the end of January, according to Parler CEO John Matze, as the site resurfaced online after Amazon Web Services (AWS) had taken it down due to alleged violations.

“I’m confident that by the end of the month, we’ll be back up,” Matze told Fox News on Jan. 17. The website has reappeared online with a brief statement from Matze.

According to a WHOIS search, Parler appeared to register its domain with Epik web hosting, which also hosts Gab.

“Every day, it changes wildly, but I feel confident now,” Matze said, according to the Fox News interview. “We’re making significant progress. When you go into Parler.com, it doesn’t go into the void now, it hits a server, and it returns just one piece of information.”

Matze wrote in an update on the site that “now seems like the right time to remind you all—both lovers and haters—why we started this platform.”

“We believe privacy is paramount and free speech essential, especially on social media,” he remarked in his statement, dated Jan. 16. “Our aim has always been to provide a nonpartisan public square where individuals can enjoy and exercise their rights to both. We will resolve any challenge before us and plan to welcome all of you back soon. We will not let civil discourse perish!”

Matze told the broadcaster that he was able to recover Parler’s data from Amazon on Jan. 15, which is a key step in relaunching the platform.

On Jan. 11, Parler filed a lawsuit against Amazon Web Services, stating that the firm should reinstate its services as Amazon had engaged in monopolistic practices. Amazon, in a responding court filing, stated that Parler violated its terms and services by not moderating threats of violence and other allegedly egregious content.

Parler has since claimed a representative with Amazon appeared to be only concerned about whether President Donald Trump joined the social media website after Twitter and other big tech companies banned his accounts.

AWS officials didn’t immediately respond to a request by The Epoch Times for comment.

Matze told Fox on Jan. 17 that posting his brief message was a “big milestone” in getting the platform back online.

“We’re going to be putting periodic updates there,” Matze said. “We’re going to try to get an update out every day … so that people can stay up to date with the site.”

Other than Amazon, Google and Apple removed Parler’s app from the firms’ respective app stores.

The move to suspend both Parler and Trump from various Big Tech services drew condemnation from civil liberties groups and conservatives, who have argued that it represents a slippery slope into more censorship.

Parler, which describes itself as a “free speech” social media website, drew a number of Trump supporters and other conservatives, including senators and House members. Following Trump’s Twitter ban, the website became the No. 1 app on various app stores before it was taken down.