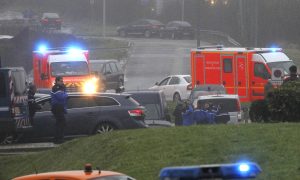 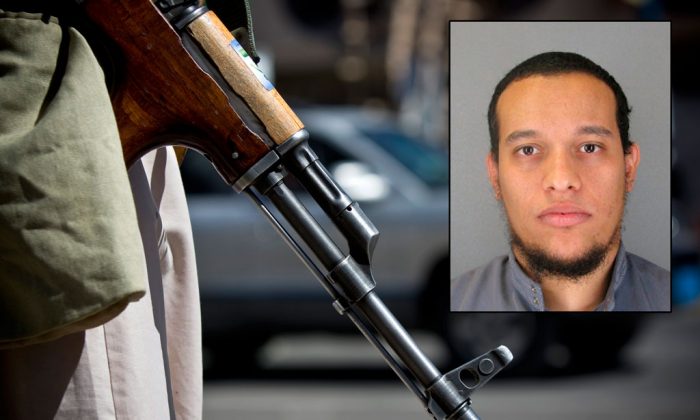 SANAA, Yemen—Yemeni authorities suspect that Said Kouachi, one of the brothers involved in the deadly attack on a Paris newspaper, fought for al-Qaeda in Yemen at the height of the group’s offensive in the country’s south, a security official said Friday.

Another senior security official said Kouachi was in Yemen until 2012. Both officials spoke to The Associated Press on condition of anonymity because of an ongoing investigation into Kouachi’s stay in Yemen.

Earlier, a U.S. official had said the 34-year-old Said visited Yemen, although he did not say when he was there or if he joined extremist groups such as al-Qaeda in the Arabian Peninsula, or AQAP, as the Yemeni branch is known.

Witnesses to the assault at the Charlie Hebdo offices in Paris said Said claimed allegiance to the Yemeni group during the attack. His 32-year-old brother, Cherif Kouachi, was convicted of terrorism charges in 2008 for ties to a network sending jihadis to fight U.S. forces in Iraq.

In Yemen, al-Qaeda fighters took advantage of a security vacuum in 2011 during a popular Arab Spring uprising that ousted the country’s longtime leader, Ali Abdullah Saleh. The militants at the time seized large swaths of territory in the volatile and rugged south of the country, overrunning several towns and cities.

One security official said Said Kouachi is suspected of having joined the ranks of AQAP in 2011 in Abyan province, one of the southern provinces at the center of the militants’ push. The official did not elaborate or say what tied Said to Abyan.

The other senior Yemeni official said Kouachi was believed among hundreds of foreigners deported in 2012, as part of a government campaign to send foreign students out of the country, fearing they were there under the pretext of studying Arabic but were in fact linking up with al-Qaeda militants.

One of the foreigners who had been to Yemen earlier was Nigerian Umar Farouk Abdulmutallab, who tried to detonate on a passenger jet over Detroit in December 2009. The Nigerian may have met with radical American-Yemeni cleric Anwar al-Awlaki, linked to al-Qaeda, who was suspected of overseeing the operation. Al-Awlaki was killed in a U.S. drone strike in September 2011.

U.S. officials considered al-Awlaki to be an inspirational leader of al-Qaeda, and they tied him to the planning and execution of several attacks targeting American and Western interests. Al-Awlaki was also linked to the 2009 shooting rampage at Fort Hood, and was thought to have received emails from the shooter, Maj. Nidal Hasan.

Al-Qaeda’s push in southern Yemen drew a government military campaign against the group, backed by the United States and neighboring Saudi Arabia.

The offensive eventually routed militants from many strongholds but the group continued to launch attacks against military and security forces, prompting the U.S. to step up its drone attacks.