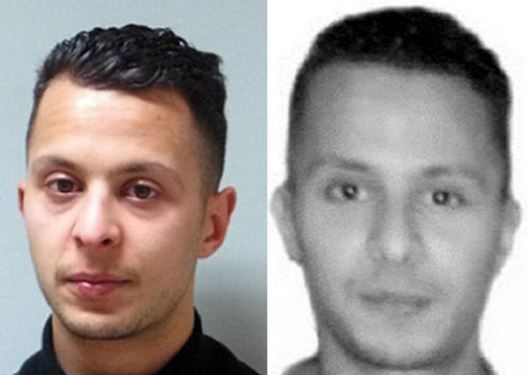 Paris Terror Attacks: Another Suspect May Be on the Loose, New Intel Indicates

As Belgian authorities search for fleeing terror suspect Salah Abdeslam, officials in France are analyzing new intelligence that indicates there may be another terrorist on the loose.

Abdeslam is the only known terrorist from the Paris attacks to be still alive, after so-called mastermind Abdelhamid Abaaoud was killed during a raid in Saint-Denis several days after the tragedy.

But investigators in France have noticed that an individual was near Abaaoud as he walked inside the Paris metro on the night of the attacks, and believe the person may also still be alive and on the run.

The man “of North African origin” can be seen walking a few paces behind Abaaoud, who took line 9 at Croix-de-Chavaux after leaving a car nearby with three Kalashnikovs inside, reported Le Parisien.

“He is clearly filmed in the train leaving the platform at Nation. At this point, he was only a few dozen metres from the Comptoire Voltaire (where Brahim Abdeslam blew himself up),” the source told Le Parisien. “What we know for sure is that (Abaaoud) wasn’t alone in the metro.”

“Analysis is underway to work out whether the other man was the same person who blew himself up in Saint-Denis on Wednesday morning,” the source added. “If it is not him, then we have a second terrorist, along with Salah Abdeslam, at large.”

The stunning development comes as Belgian authorities arrested a fourth person suspected of being involved in the attacks, but have still failed to apprehend Abdeslam.

After intel indicated that Abdeslam fled to the Brussels area, the city was placed on lockdown and streams of soldiers took positions across different neighborhoods.

Police were able to find the two men who are said to have ferried Abdeslam back into Belgium from France after the terrorist “chickened out” of blowing himself up.

Some reports, including one from Bild, have claimed Abdeslam was last seen speeding toward Germany, but police officials admitted on November 23 they’re not sure where he is.

Hamza Attou, one of two suspects charged by Belgian authorities for allegedly helping Abdeslam return to Brussels, told police that Abdeslam is wearing a suicide belt and hopes to make it back to Syria, reported Fox News.

But Abdeslam’s brother Mohamed indicated that Abdeslam wouldn’t be seeking ISIS, because the terror group wants him dead since he backed out of detonating a bomb during the Paris attacks.